Liberian peace activist and 2011 Nobel prize winner Leyman Gbowee brought the closing plenary of the London Bond International conference on development on Tuesday March 21 2017 to a close with two fitting anecdotes; a group of three black boys who provide new flip-flops to a white old man in New York and one of her foundation recipients who offers breakfast to a young 4 year old girl who had no breakfast before going to school.

“ I tell these two stories because they have really spoken to my heart”, Gbowee told the more than 600 delegates who attended the closing session. “­­We live in a time of segregation, homophobic attacks, xenophobic in places where we never imagined…” Her message was a culmination of two days of inspiring debates and presentations from a wide range of people and development charity sector workers from as far away as Nepal, South Africa, India and the United States of America. More than 1000 delegates and exhibitors showcased their products at the Queen Elizabeth II hall during a conference now dubbed “Europe’s biggest international development conference”. Bond the conference organiser is a UK membership body for organisations working in international development  or supporting those that do through funding, research, training and other services. 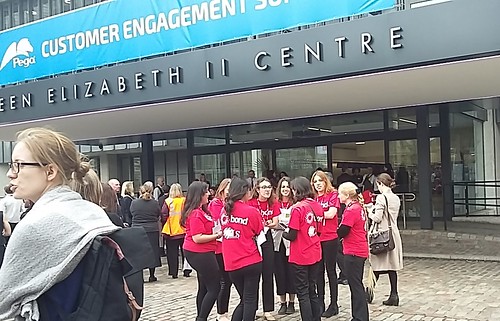 Debate topics were far ranging including topics like “Advocating for civil society space, , “Beyond grants”, “Global lessons on philanthropy” to the never ending “How to make the most out of Brezit”. 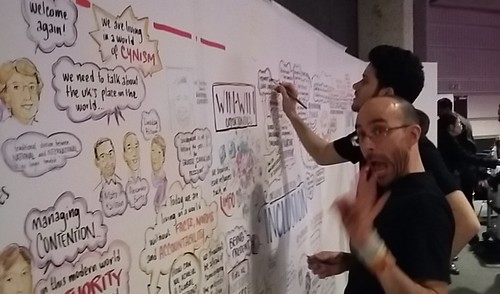 Creative Connections gave an artistic representation of the proceedings

Citizen Outreach Coalition was represented in the conference by its Project Manager Francis Ngwa. According to him “…the highlight of the occasion was the Bonds’ award night that recognized the work of outstanding charities from around the world”. Delegates to the awards ceremony watched inspiring videos of the amazing work all shortlisted charities were doing on the field. There were awards in the following six categories; Transparency, Innovation, collaboration, Outstanding Individual, and Humanitarian awards. 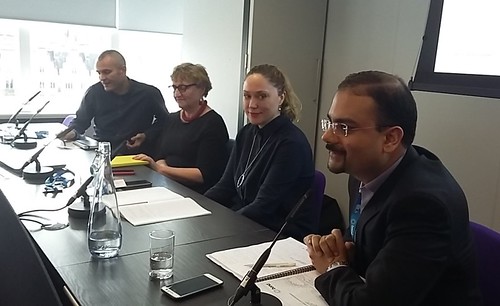 Transparency Award was given to Restless Development for their work in implementing accountability in their organization.

You can watch all inspiring award winners below