There was pomp and pageantry, loads of music, dancing, colour and a parade showing the best of Ireland at Trafalgar Square on Sunday March 19 2017  in the heart of London as more than 10.000 people across the world joined the Irish to celebrate one of their patron saints; Patrick. Above all, there was an endless supply of Guinness, the national beer of Ireland which at £5.90 per pint, was way too expensive but was not pricey enough to stop revellers from consuming loads of pints in celebrations.

The Sunday event was the culmination of two days of festivities throughout England, in Ireland and around the world as many people including Africans, celebrated the diversity of cultures and again proved, differences made people distinctive but still part of the human race.  The celebrations showed our differences and disagreements were still no reason for some of the most murderous conflicts we had around the world from the middle east to Africa , Europe, Asia and the Americas. Every single continent on earth has at least a handful of conflicts because people refuse to disagree amicably. 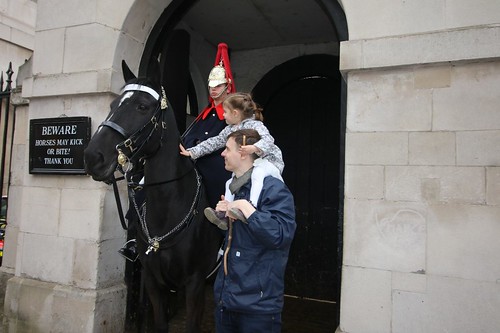 The parade passed through Buckingham palace and its’ iconic guardsmen, a favourite London tourist attraction.

Ironically, a Nigerian reveller at the Trafalgar Square celebrations was booted out after guards noticed he was drinking Stella Artoise, a Belgian lager that was not on sale at the venue. Nigeria is the only African country that has been celebrating St Patrick feast since 1961 because of its’ significant catholic population estimated at more than 25 million now.

Speaking through the giant public address system, one of the organizers said “…there is something Irish in most English people, a good enough reason for them to join in the celebrations though the English need little excuse to party.

With ethnic and social clashes across the African continent from Burundi through Madagascar to Cameroon, the fact people across the world join the Irish in celebrating their patron saint can be helpful to Africans. The wars and conflicts across the African continent can mostly be placed squarely on the shoulders of the fight for power and domination by one group on another usually perceived to be weaker. Most Africans still don’t get it that they can agree to disagree or that like England and Scotland, they can resolve long standing problems through dialogue, negotiations and not necessarily through the barrel of a gun. 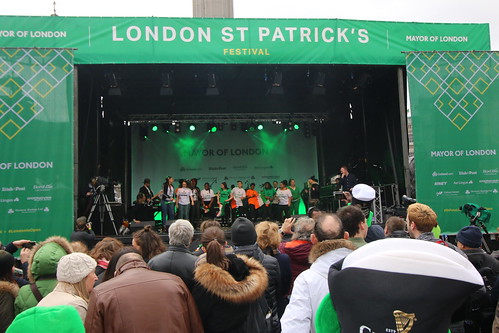 There was loads of Irish music on the day