Residents of Toxteth, on Saturday March 25 2017 joined Citizen Outreach Coalition’s (COC) anti-drug and gun crime campaign to also say no to a scourge that is badly affecting the lives of millions of people across the UK. Known fondly as L8, Toxteth has the highest concentration of black Africans and Caribbean’s in Liverpool. It also has a high crime rate making the sensitization campaign a welcome relief to many residents. 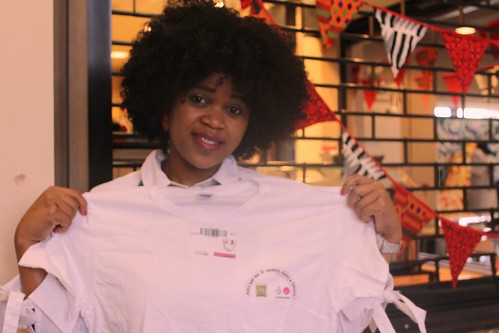 A South African Vendor from Birmingham

With the help of some volunteers in the area, COC Project Manager Francis Ngwa gave out dozens of free T shirts and flyers with the slogan of its’ latest project “Just Say No 2 Gangs, Guns & Drugs” emblazoned on them. Mr Ngwa explained that all residents had to be partners in fighting against drug and gun crime by wearing the T shirts, taking photos with them and sharing on social media including Facebook, snap chat, Instagram and twitter. Most people accepted they could identify with the Big Lottery Funded campaign messages because they knew a friend or relative who had been a victim or perpetuator of gun and drug crime. Some were now in prison, in hospital or death as a result of drug and gun crime.

The campaign shifted from street corners in Toxteth to the Kuumba Imani Millennium Centre on Princess Road where an African market was holding on the day of the campaign. After giving out statistics on the rising crime wave across Liverpool and the UK, COC staff and volunteers again gave out flyers and T shirts to anyone who accepted to get one. One of the ladies who graciously accepted a T shirt with her daughter had a personal reason for supporting the campaign.
“…I now have a son in prison who is serving a 12 year sentence because of gun crime. I don’t think any mother will like to see a son in prison for any reason and I hope my son learns from this experience” she said emotionally. She endorsed the campaign and asked that more efforts be made to get many more parents and young people to learn from it and stay away from drugs and guns. 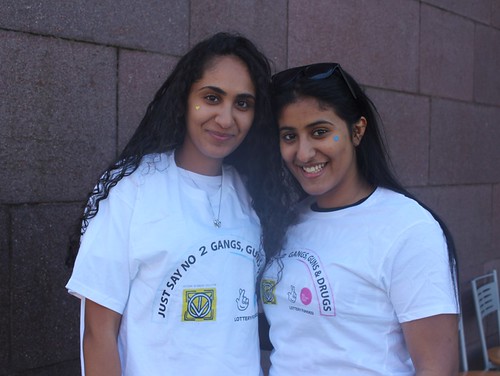 Young people are mostly the target of this campaign
COC was particularly excited to partner with the African Village Market (AVM) organizers because it enabled the organization to meet new people and network. A flyer from one of the market organizers’ Michelle Peterkin Walker explained the aim of AVM was to “…unite, educate and promote African Fashion, culture, Business and arts in Liverpool. It is a unique platform which showcases Africa’s valuable, unique and distinctive heritage, whilst instilling a sense of African pride”.

COC supported the venture by buying a handful of beautifully hand crafted products from the dozens of small African inspired vendors some from Birmingham, who were present at the Centre. Project Manager Francis Ngwa promised to do joint projects with the AVM in the near future. AVM promoters also promised to continue spreading COC messages of crime prevention across Liverpool and the UK as the only way to reduce unnecessary hospital admissions, prison sentences and untimely deaths. 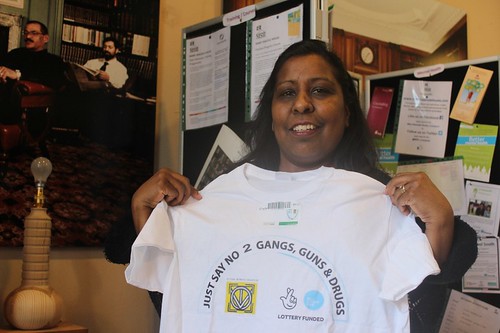 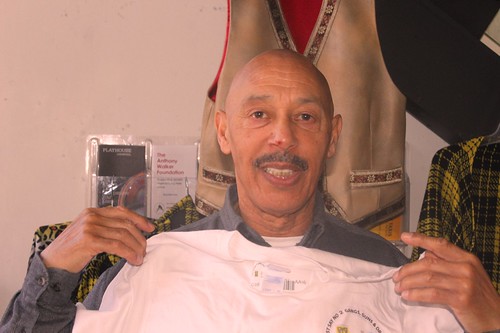 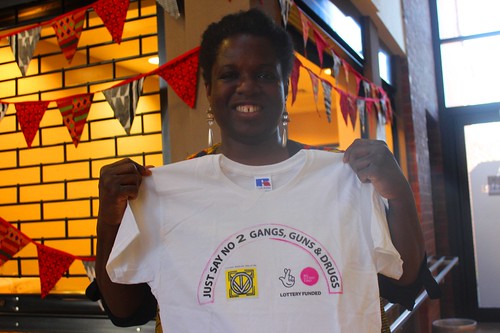