May 26, 2019
francisngwa
Uncategorized
Comments Off on Fight to stop youths getting criminal records kicks off

Fight to stop youths getting criminal records kicks off

Hundreds of young people and older Liverpool residents who were out and about in the city centre received campaign leaflets and had discussions with volunteers from Liverpool based charity Citizen Outreach Coalition (COC) as it officially launched its new project titled “Keeping Liverpool neighbourhoods Safe”. The project was funded by The National Lottery Community Fund”, Awards for All scheme.

More than 1000 flyers were given out to members of the public by the  COC volunteers who animated the project launch. One of the Volunteers Terence Nyanga Manih said afterwards that…” It was an amazing experience.  Talking to people about crime, how to stay off crime and the impact committing a crime can have on their lives. I spoke to dozens of young people some of whom were not even aware a criminal record could stop them attending a university of their choice and studying a subject like medicine”. Mr Manih said he learnt a lot but it will especially be better if his advocacy had a direct impact on the lives of some of the young people he spoke with and gave them the campaign flyer. Hear him; “If a few of them follow the message of the campaign and avoid getting messed up with the criminal justice system, we would have achieved the project aim of reducing crime across Merseyside. Thanks to COC for giving me the platform”.

Francis Langley, another project volunteer described the project as timely and necessary at a time the crime rate across Liverpool and the UK was rising dramatically. “I spoke to some members of the public about the implications of crime and how it might have a negative impact on their live chances. One of them (John) said it was time similar projects were funded as a way to reduce the rising crime rate”. Justin, a 17 year old student who received one of the leaflets said he was unaware a criminal record could stop him from studying as a doctor in future. “I personally think it is crazy something you do as a young person like shoplifting or have a fight when you are 13 years old might stop you from becoming a doctor in future. Minor demeanours like those should be not stop a law abiding adult from pursuing their dreams in future. I think politicians need to rewrite some of these rules”, he said.

Carol, a mother of two teenagers asked for more flyers which she could give to her sons and his friends whom she said were in danger of being involved with the criminal justice system. She said as a single mother, she was getting overwhelmed and the police had visited her home a number of times because of the anti-social behaviour of her sons. “I will paste some of these flyers at home as a reminder to them so thank you for making this simple to understand”. COC Project manager Francis Ngwa confirmed there will be two sensitization campaigns and seven workshops will be organised soon as part of the project expected to run for one year. “our public sensitization campaigns are integral to most of the anti-crime advocacy we do because we get to meet, talk and exchange views with a large number of members of the public directly. This is a vast proportion of the public that something like a small workshop that normally has 20 people cannot reach”, Mr Ngwa added.

Among other things, a criminal record might make it difficult for anyone to find work, lead to travel restrictions, stop you studying for certain courses, increase your insurance premium (drink driving) stop you adopting or stop you from running for public office. 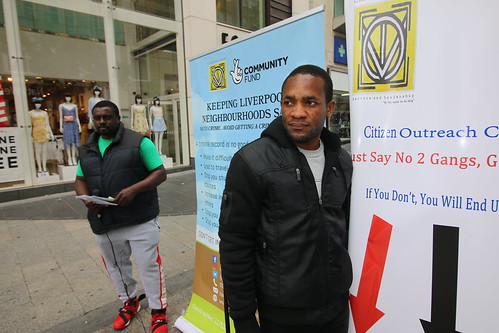 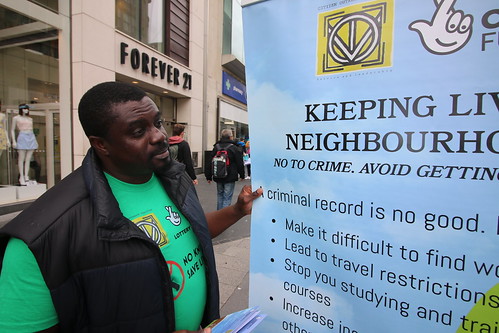 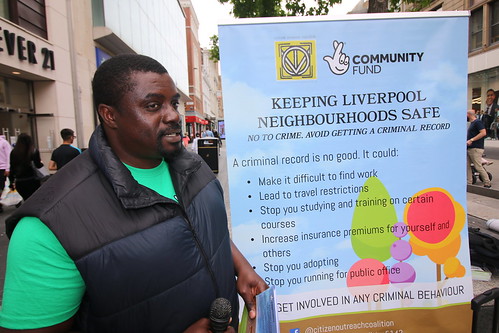 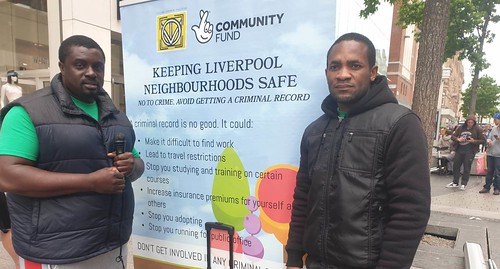 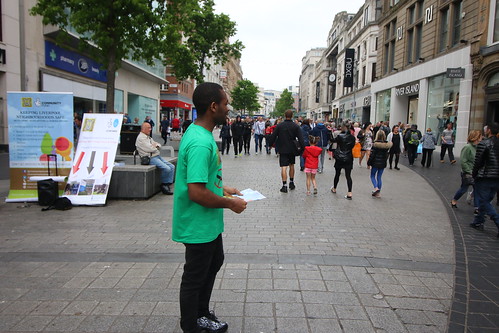 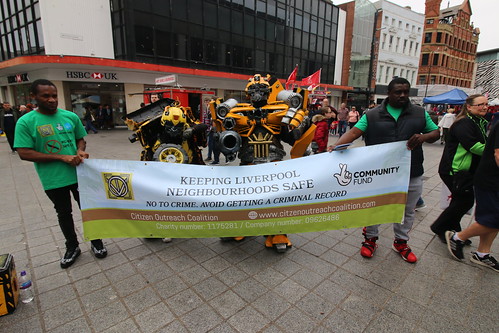