Jul 16, 2018
francisngwa
Uncategorized
Comments Off on Why Knives are bad 4 Young people

Why Knives are bad 4 Young people

As police struggle to control knife and gang violence among young people, some youths in Liverpool (North West England) have been told why a simple slogan like “No Knives Saves lives” can be effective in ending youth related crimes. Young people at the Power House residential hall in Toxteth-Liverpool on Monday July 16 2018 were told most of the reasons for criminal behaviour among young people was because of the wrong choices they make. This was the second of a series of workshops organised for young people in a lottery funded project titled “Knives Ain’t trendy. Avoid them.

Main workshop facilitator and Communications specialist Mathew Thorneton-Field told the young people ranging in ages from 17 to 20 to learn to control their emotions always as that was one of the causes of criminal behaviour. “Anything you do depend on the choices that you make”, he said. He added that he realised most of them had troubled pasts but that was no reason to give in to negativity and destroy their live chances in the process. “Each of you is unique”, he said and “each of you have strengths and weaknesses you should try to manage in any given situation”. Also an actor, Mr Thorneton-Field showed the participants various scenarios where people had bad influences but managed to get the best out of a bad situation. He continued he wanted the participants to do same in their daily interactions with others. 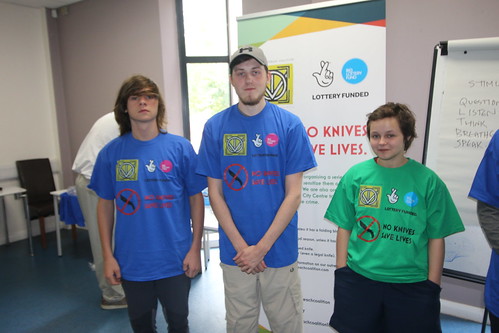 The participants were then shown two youtube videos that had strong anti-youth crime in them. One of the videos was a Ted talk titled The Real root of youths Violence presented by Craig Pinkney, a criminologist and urban youth specialists. In the video, Craig asks some poignant questions including:
“ Why would a young person that is 16, 15, 17 years old, want t pick up a knife and stab someone at random and they have never met them before? Why will someone want to pick up a gun just because someone lives in a different post code and be prepared to shoot him? Why will someone be prepared to kill a child on a school bus just because they are looking at them for ten seconds?
Craig who travels the world giving lectures on how to correct young anti social behaviour pointed out a couple of issues that caused problems among young people including dysfunctional families, an absent father, racism and poor identity. He said most young troubled youths were invincible, unseen and unheard and end up doing bad things to be heard. He added that all this is wrong and young people need to grow above their limited surroundings and avoid criminal behaviour.
The second video they watched titled “We have to walk round with knives” is a BBC documentary in Liverpool that examines the reasons many young people are walking around with knives-some long enough to be swords. The reporter is shocked by what he sees and some of the reasons the young people give for carrying knives-most of them centred around self-defence. He tells the masks youths they might only get killed in the process of trying to defend themselves.

Before the workshop ended, facilitator Mr Thorneton-Field did another role play with participants, passing a ball to each of them and asking them what they intended to change as a result of attending the workshop. Their responses were many and varied and included a promise to start listening to others, trying to avoid unnecessary quarrels, respecting the views of others and being more attentive.
Citizen Outreach Coalition Project Manager Francis Ngwa said he was pleased with the attention the young people followed the deliberations and was particularly excited most of them sat through the two hours of the workshop.
More workshops and public sensitization anti knife crime campaigns are planned in the weeks and months ahead. . 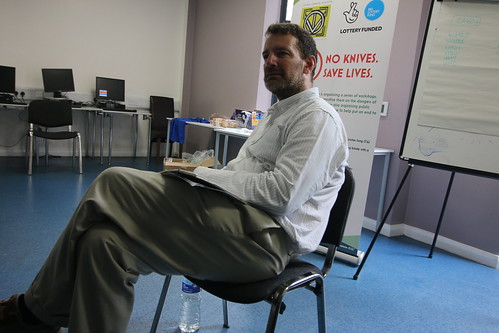 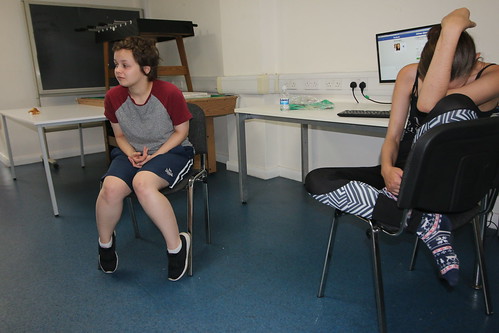