Aug 24, 2017
francisngwa
Uncategorized
Comments Off on Slavery Yesterday & Today. So Why?

Slavery Yesterday & Today. So Why?

It might have been abolished in England 134 years ago with the 1833 Slavery Abolition Act but slavery is “…going on in various forms now in the world. It is like a virus. When you attack it with some medication, it reappears in another format and it is very important that we address it”. Chief Angus Chukuemeka made the statement near the Liverpool Albert dockyard waters on Wednesday August 23 2017 during commemorative activities to mark Slavery Remembrance Day. The event as usual, was organised by the International Slavery museum in Liverpool. The Liverpool Slavery museum is the biggest repository anywhere in the world of the history, artefacts and stories of slavery and the slave trade through the more than 400 years that it lasted.

Chief Angus said it was regrettable despite international efforts to stamp out slavery, it was still very pervasive and racism was still a global scourge. “It is very important that we address it (slavery) now.  It is appearing in so many forms now. It is gathering momentum. It looks as if the world does not even want to know. At the forefront of it is just the quest for money. We still have human trafficking, child labour and multinationals that unwittingly are practicing slave trade. Everything is about money”, Chief Chukuemeka emphasised. He was categorically the world had to sit up, take notice and end all forms of modern day slavery and slave trade.

Speaking earlier, Dr Richard Benjamin, head of the Liverpool International Slavery Museum said it was necessary that more people attend the annual remembrance commemorations. He thanked Chief Chukuemeka for accepting to carry out the libations ceremony (for the 14th time in a row), an appeasement to black ancestors to forgive those who wronged them so badly during slavery and slave trade.

In traditional Igbo style, kolanuts were broken and shared and Chief Chukuemeka did the traditional libations in his igbo language. For the first time ever, local Liverpool distilled whisky was used for the libations as Chief Chukuemeka carried out various incantations to appease the spirits of enslaved ancestors. Wreaths and flowers were then thrown into the Albert dockyard waters in honour of death black ancestors.

As is the case each year, the libations were preceded by a colourful march through Church Street in Liverpool One to the Albert Dockyards. Hundreds of people followed the drum beating and noisy proceedings through Liverpool City Centre.

Another commemorative festivity will take place on August 23 2018. 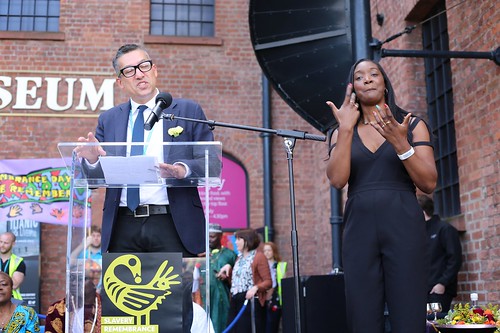 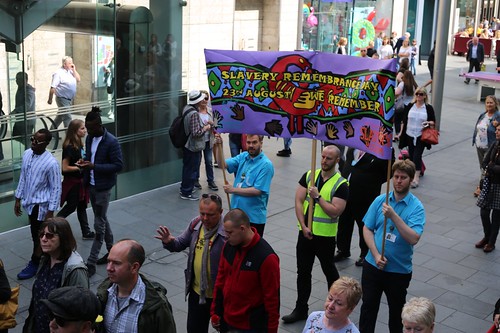 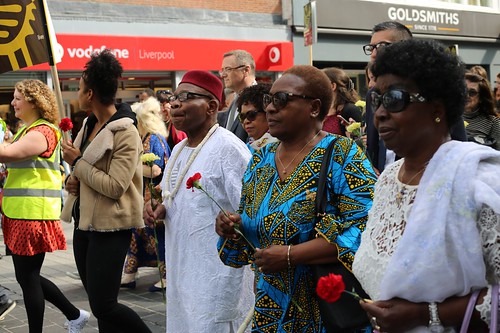 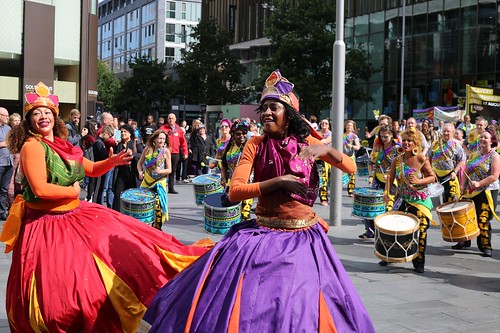 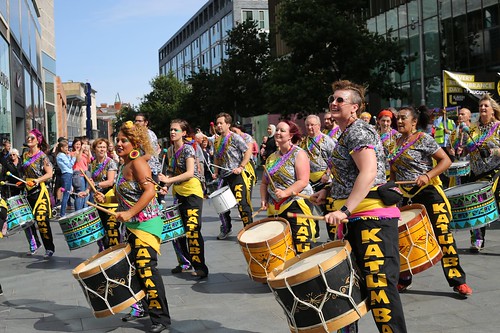 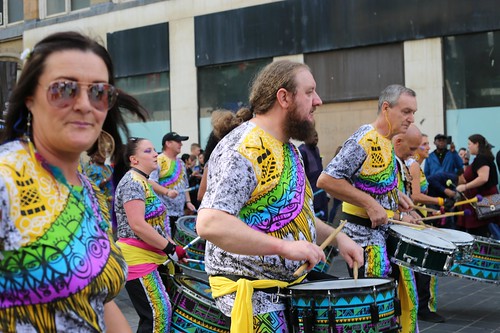 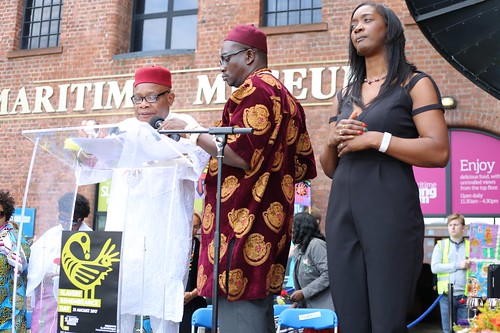 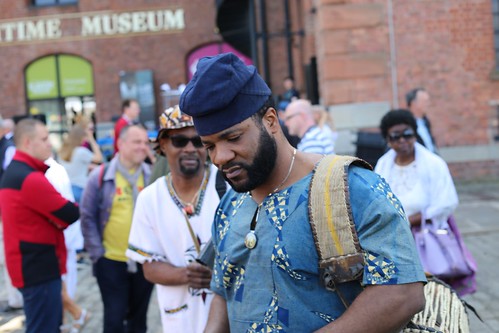 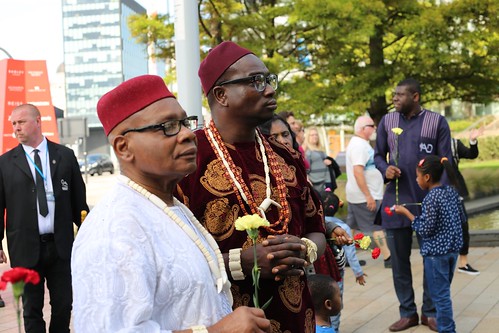 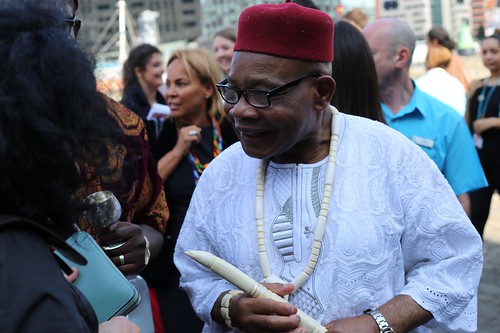 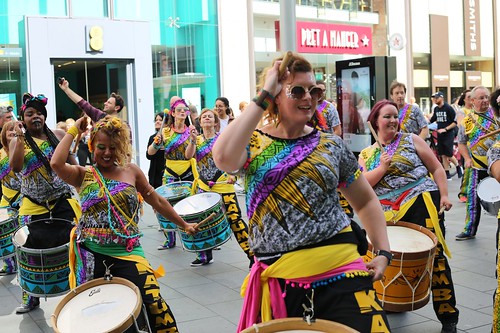