By Sylvester Williams in Lusaka, Zambia.

The Kabwata Cultural village is a beehive of artistic activities today and is a reflection of the rich artistry of the central African state. All types of handicrafts are sold there but in the early 70’s, it was almost raised to the ground by the government

Situated on Burma Road in its capital City Lusaka, Zambia’s Kabwata Cultival Village is a relic from its British colonial past. It was bult in the early 1930’s and 1940’s but most of the huts were demolished in the early 70’s but quickly rehabilitated in 1974 as a cultural centre. Sylvester Williams was not born then but has grown to be one of the regular visitors to the village as the government tries to encourage more Zambians to patronize their local craftsmen. 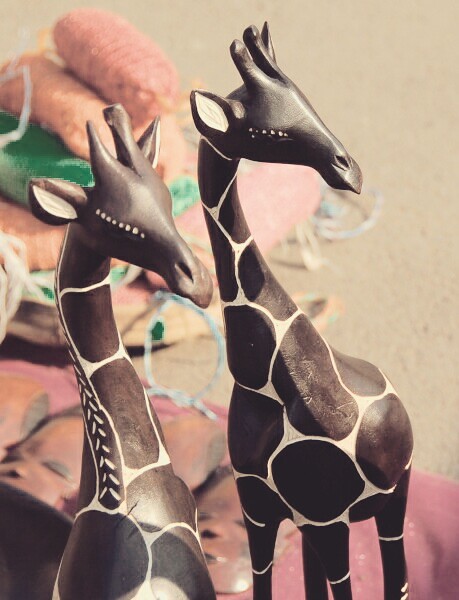 The Kabwata Cultural village is one of Zambias’ most prestigious reserves for tradition & culture, and thousands of mostly hand woven handmade crafts are bought and sold there by foreign tourist and some locals everyday.

The village now houses more than 100 craftsmen from all corners of the country and is signicantly different from the skeletal structures that survived in the early 79;s as the government initially tried to raze it down, had a change of mind and redeveloped it into a cultural center in 1974.  Hundreds of craft men now make a living as they haggle daily to sell to curious foreigners who are usually the best buyers and local handicraft lovers who are mostly, crafty with their money!
Not surprisingly, most of the craftsmen are not happy more Zambians are not patronizing them.

Tobias Banda 46, has been selling an assortment of crafts in the village for more than twenty years. ” We sell mainly to foreign tourists.  Zambians don’t visit the village to buy our crafts. The only time they do so is when they come with foreign tourists either as a tour guide or just as a friend. We’ve tried our best to even lower prices by up to 90% (compared to what we sell to tourists) to encourage Zambians to buy but very few are doing so. 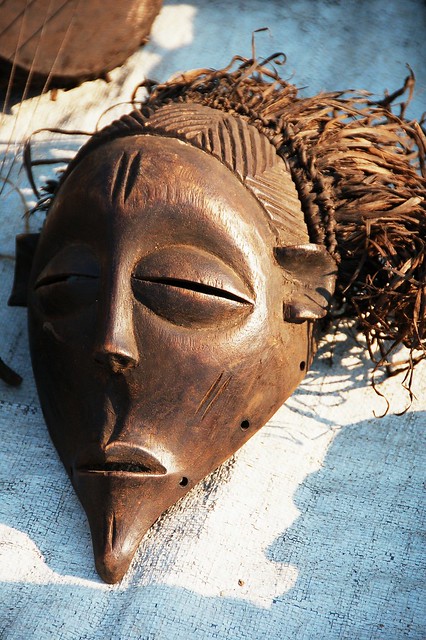 Banda thinks the culture ministry needs to be more robust and encourage more Zambians to promote their local artists by buying their goods and not depending a lot from visiting tourists as is the case now. He says they earn less money now as the number of visiting tourists drops every other year. He said a concrete way the government could help promote local arts and crafts was to allow free publicity for them on state radio and television. A father of four, Banda has raised and educated his children from the proceeds of his craft. Asked how he became a crafts man he said:
“I started making crafts when I was just a little boy. My father who was also a craftsman taught me the skill and when I was twelve years old, I was able to make quality crafts that most craftsmen nowadays can’t even make. I however decided to go full time after completing secondary school, when a number of tourists visited our village and fell in love with my crafts. They couldn’t stop taking pictures, I was the talk of the village. I was only 19 at the time.” 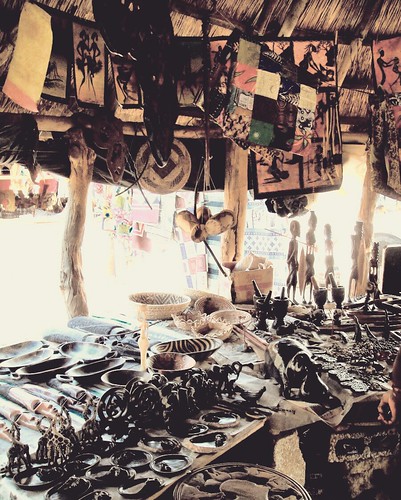 The Nyami Nyami snake of Lake Kariba (made using wood and marbles)  and the Vi Nyau masks (produced using wood)  of the Bemba speaking people are some of Banda’s most treasured crafts.
Martin Akufuna is also a craftsman at the village. He said very few Zambians visited and patronized their work because they were influenced by western culture that emphasized nudity and bad language
“In the old days craft making and culture was respected. But today, it’s like there’s no African culture anymore. Young ladies walk around half-naked, guys wear trousers under their buttocks, there’s nudity on TV and everywhere else and we pretend we are westerners when we’re not,” he said

Unlike others craftsmen who specialize in two or more trades, Akufuna only specializes in basketry. A father of three, he produces different kinds of baskets which he sells and feeds his family from the proceeds. He uses reeds and bamboo to produce the baskets and uses traditional dyes made from different soils, roots, barks and leaves. He is from Lori village in the Western Province where basket weaving is very popular.

Without the patronize from tourists, the Kabwata Village would have since been closed. Jennifer Castro is a blonde female tourist from Norway. When I meet her, she is wearing a traditionally woven shirt who bought earlier from the village. She was appreciative of the efforts of the craftsmen. Apart from visiting the village to buy local handicrafts which she will take back home, she had also made a point of visiting the mighty Victoria Falls and the the Zambezi River.

Why Zambian youths do not buy local artefacts.

Amazingly, most of the youths I met in the village were dressed in mostly  American styled footwear and clothing and appeared to be there for everything else, excerpt buying some of the handicrafts.

Princess Mutukwa, a young woman visiting Lusaka from Copperbelt Province suggested moving the cultural village to a different location outside Lusaka Province as a solution to the low local support. She said people in Lusaka were too @westernized@ to support our local craftsmen.

Despite this misgivings especially from young people, craft trader Titus Hajimina, of Lusaka’s Chilenje Market said he’s enjoying business at the moment. The trader who buys and resales assorted crafts from the cultural village said traditional necklaces, pottery and chitenge materials are currently high in demand.

Tourism and Arts Minister Hon. Charles Banda said during a Tourism conference held in Livingstone in June 2017, that the president directed him and the Minister of Finance to make adequate provisions to support Zambian culture in the 2018 budget. He also said the president wanted a boast in tourism as a means to get those hard to get tourist dollars.
This does not appear to be a rousing enough call for Zambians to support their craftsmen and women.