“Stand Up and Speak African” Film Premiere December 17 in Liverpool.

A short film on the necessity to encourage African parents resident in the UK and the diaspora speak their mother tongue will premiere on Saturday December 17 2016 as part of festivities organised by Liverpool based Charity Citizen Outreach Coalition.(COC) The 15 minute documentary will examine some of the reasons African parents who have travelled abroad either never teach their children their local languages or do so reluctantly just around the time they want to visit their relatives in Africa. The film titled “Stand Up and Speak African” will be premiered in December along other festivities including an arts exhibition, fashion parade, and a lot of African music and dance in Crawford House, situated in the heart of Toxteth in Liverpool. The festivities were funded by Big Lottery as part of its new Big Celebration funding stream that helps grassroots organisations to come together to celebrate something in and about their communities.
The film Director Francis Ngwa said it was a challenge getting African parents to even accept to take part in the film. “It was interesting to do this short film because while the aim was to encourage African parents to speak their local languages to their children, some were embarrassed to take part because they could not speak their mother tongues themselves. “You cannot teach your children your local language if you cannot speak it yourself” he said smiling.

Dr Seraphin Kamdem, from the School of Oriental and African Studies (SOAS) University of London, who appears in the film says with more than 2000 indigenous languages, Africa is in danger of losing its enviable “linguistic paradise” status when parents in Africa and abroad stop teaching their children their mother tongue. On why these languages need to be jealousy protected, Dr Kamdem said “…local languages in Africa are markers of cultural identity. They are essentially the elements that define the culture and century-old socio-linguistic practices  of African communities. They are useful in educating children about their origins and their culltures”.
With more than 100 million users, Swahili is one of the most spoken languages in Africa but there are many other “big” languages including Hausa, Fulani, Arabic, Somali and Zulu. Statistics indicate Africa has a third of the languages on earth with only a seventh of its population. Some of its more than 2000 languages are disappearing fast as fewer people speak them which is why it is important to encourage more Africans to speak and pass down their local language. Dr Kamdem insisted whether a language is “big” (spoken by many people) or “small”, there should be no distinction in preserving it as all languages need to be passed down to future generations.

Akwasi Sarpong is a Presenter on the BBC Focus on Africa programme based in London. Originally from Ghana, Akwasi speaks six different Ghanaian languages. A self-confessed polyglot, Akwasi says he managed to speak so many languages because “… many women have adopted me as a son and I speak all of their languages”. He paid tribute to Nkwame Nkrumah, founding president of Ghana for creating the boarding system in the country and encouraging students from different parts of the country to school together and learn each other’s languages, cultures and traditions. Nkrumah also instituted the teaching of some Ghanaian languages in Schools which helped Akwasi learn other languages very quickly. Akwasi speaks Twi, Asante, Dagbani, Ga, Ewe and fanti. He dispelled arguments by some parents that teaching children a multitude of languages confuses them saying he speaks his father’s language (Akan) and his mother’s language (Fanti) fluently. 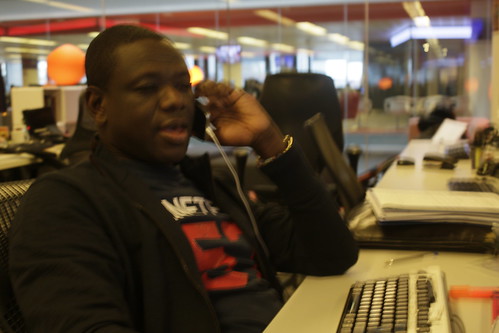 During filming, there was recurrent issues of parents from two different villages or entirely different countries who speak different languages. The problem of which family to teach their children was sometimes a stormy one. Some families held conversations on which language to teach their children while the vast majority didn’t. They eventually just allowed their children to speak only English. In Manchester Ojage Denis from Cameroon who is married to a Czech woman does not speak his Ejagham language to his children. His children both below 10, speak fluent Czech because his wife Ivana Ojage teaches them. On why he does not speak his local language to his children, Mr Ojage said “…I don’t think they will ever need it in their life or anything. They might eventually use my wife’s language which is why I don’t mind them learning it”.
Dr Kamdem however disagrees with this kind of reasoning. Parents need to teach their children their local languages and in cases where they are married to parents who speak two different languages, they should teach the children both languages. Akwasi Sarpong from Ghana is a good example of someone who speaks the languages of both of his parents fluently and still managed to learn four other languages.
Dr Kamdem is therefore categorical about the need to teach children our mother tongues when he concludes; “…It is through language that parents teach things to their children, the children learn about their history and through language that traditions, cultures are transmitted in the form of knowledge”.
He believes African linguists have a big role to play to encourage African parents to pass down their languages to their children whether they are at home in Africa or abroad. Ultimately, parents have the final responsibility to make sure this happens which is why he is appealing to them to pass down their languages to their offerings. 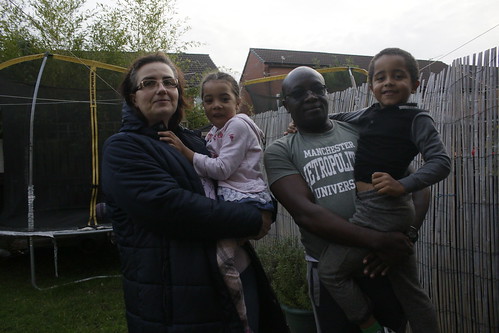 All is not lost Yet
The School of Oriental and African studies (SOAS) University of London, presently organises classes In Yoruba and a host of other African languages including Shona,  Zulu, Amharic and  Swahili. These classes are  growing  popular especially among African parents who cannot speak their language to their children for many reasons.

“Stand Up and Speak African” Film Premiere December 17 in Liverpool. (2)