Skiving, youth offending service, pleading guilty to a crime, meeting victims of crime, the age of criminal responsibility, getting arrested and having a criminal record are some of the themes that young people either learnt anew or notions they needed to pick up during a workshop on crime in Toxteth, Liverpool. This they learnt, will only be relevant to them as they journey through life to adulthood if they get involved in the criminal justice system through anti-social behaviour or committing crimes from petite theft to more serious crimes.

They learnt all this during a two hours’ workshop at the John Archer Hall on Windsor Street Toxteth in Liverpool on Thursday June 13 2019. Funded by The National Lottery Community Fund, the workshop was organised by Liverpool Based charity Citizen Outreach Coalition COC as part of its project “Keeping Liverpool neighbourhoods Safe”.

In introducing the workshop, COC Project Manager Francis Ngwa reminded the  young people that excerpt for one of them in the room who was eight years old, they were all now criminally responsible for their behaviour as their ages ranged from ten to 21. The 8 year old boy attended the workshop with his father and came because his older brother was also in attendance.

“You will face the long arm of the law and not your father, your mother or your friends if you commit any crime when you are ten and above”, he reminded them. Ignorance Mr Ngwa said, was no excuse from the law.

The workshop started with the projection of a Youtube short film titled “Journey through the Youth justice system”, a fictional account of what happens when the young actor Brian and his friends decides to rob an innocent lady so that they could buy some weed. Brian and friends escaped from school and following the robbery, Brian alone is arrested by the police when his friends escape. He is taken through the youth justice system and eventually has to carry out community service, signs to attend school always and join a sporting club to avoid getting into any trouble. The video was meant to illustrate the long term effects of truant behaviour by young people. In the real world, Brian would have had a criminal record as a result of the robbery, something that unfortunately still happens to thousands of young people across the UK annually.

Workshop facilitator Francis Langley then decided the group into two and asked them to write down everything they remembered about the 14 minutes film-a way to get them to think about the issues the film raised. Using diagrams and two large cardboards, they named issues the film brought home to them from mental health, youth offending, the effects crimes have on their victims, families and friends, doing drugs and justice panels. A question and answer season with the facilitator followed with each participant encouraged to take part and above all, take home the message that crime never did and will never pay any one.

Speaking at the end of the workshop, Junior Jaminah 13 said he learnt the value of “…staying away from bad friends and always staying only with good friends. I also learnt why it is important to respect our parents”.

Lacy Pollard 12 said she learnt “…don’t do drugs and don’t get involved with the wrong people. If you do, something bad will happened to you”. Brian in the fictional film shown at the start got into trouble because he and his friends needed money to buy weed. Khadijan Sesay 13 said he leanrt not to listen to friends when they tell him to do bad things. Jasmine Langley 20 said the workshop was an eye opener and she learnt it never ends well when someone gets involved with the criminal justice system.

Each participant was encouraged to take along the workshop flyers and share the message with their friends and relatives on social media so those who could not attend the workshop could also benefit.

More workshops and public sensitization campaigns around the project theme are scheduled in the coming days, weeks and months ahead according to COC project manager Francis Ngwa 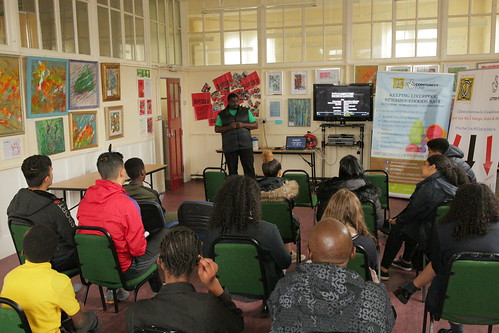 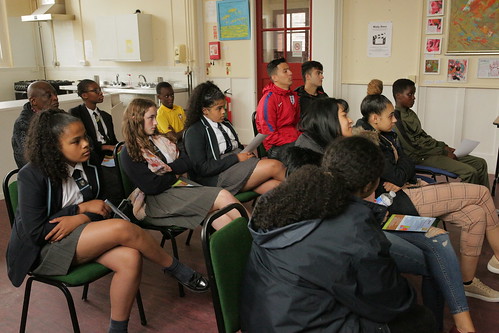 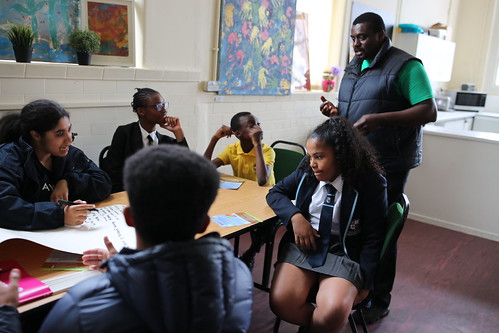 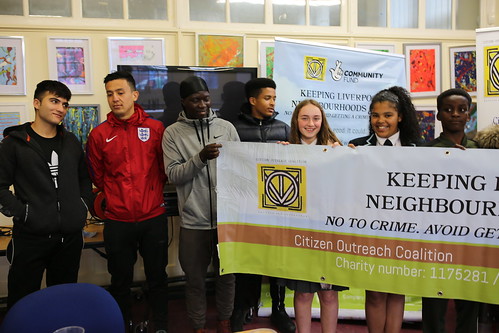 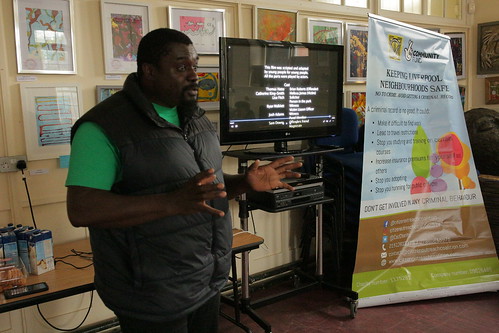 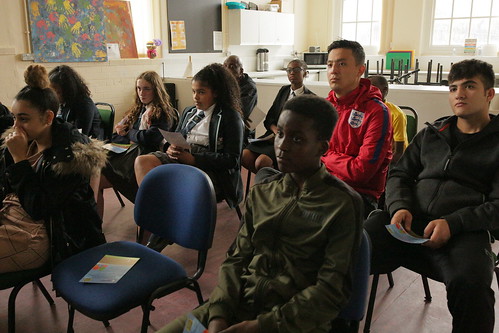 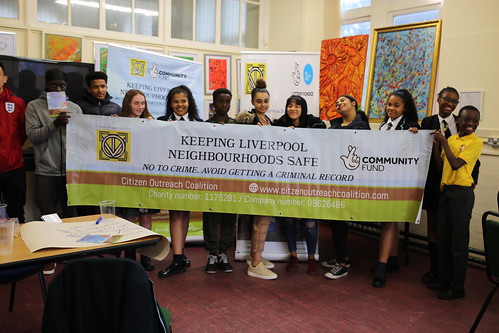 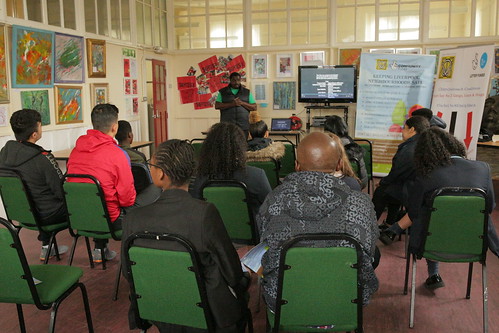