“Why Did they Kill My Boy?” Mother Appeals for Witnesses

The family of murdered teenager Yusuf Sonko has made an emotional appeal for information that could help identify those responsible for his “brutal and senseless” head gun shot that led to his death on the night of Friday June 2 2017 on Tagus Street behind Lodge lane shops in Toxteth, Liverpool. Yusuf’s death followed two other guns attacks in Seaforth and Fazakerley that occurred twenty four hours earlier and galvanized Toxteth residents to march against gun and knife crime on Saturday June 24 2017 in an attempt to stop the rising incidences mostly among young black people across the Liverpool municipality.
More than two hundred people carrying placards and some wearing specially designed T shirts asking for justice for the 18 year old Sonko marched from Tagus Street where he was murdered through various streets in Toxteth in solidarity. The march was organized among others by Community leader and the Steve Biko Housing Association Director Tracy Gore brought out participants from across racial and religious groups to indicate the shock and fear that has gripped the area because of the rising gun and knife crime. 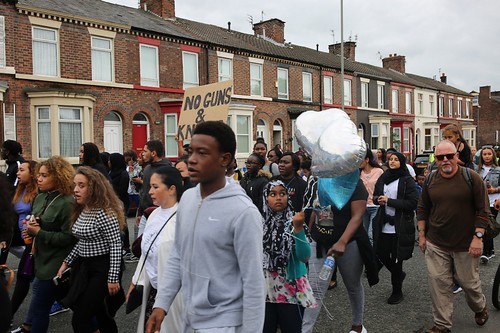 A family’s heartbreak
Speaking after the solidarity match near where her son was murdered, a tearful Mrs Khadjijah Sonko asked: “Why did they kill my boy? My heart is broke. I sleep I cannot sleep. Somebody somewhere killed my boy and we want to know”.
Abby Sonko, sister of the murdered teenager thanked residents for their massive show of solidarity following the incident. “Guns must be taken off the streets and the police need to support us but for ourselves, I am pleading as a mother, if you know your child was there, encourage them to do the right thing-let them talk to the police” She added. She said it was frustrating black lives were being lost and some people were refusing to give information because they did not want to “grass”. She appealed for information that will help police solve the murder or deter other youths from engaging in gun and knife crime. 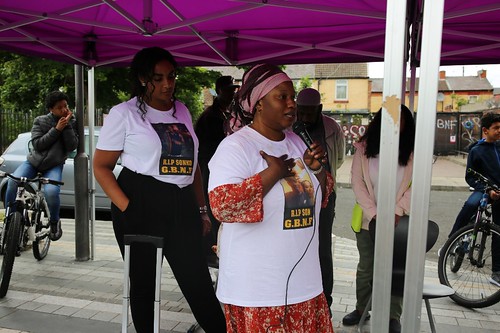 Need for forgiveness…after we know what happened
The father of Yusuf, originally from Senegal struck a reconciliatory tone promising he will forgive the killer (s) of his friend if he knew why they killed him. “The boy is gone already, life goes on, we have to forgive each other. I cannot forgive you if I don’t know why you killed my boy…if you come forward as a family, we cant talk but the police has to know”. A 17 year old was arrested and questioned by the police following the killing. 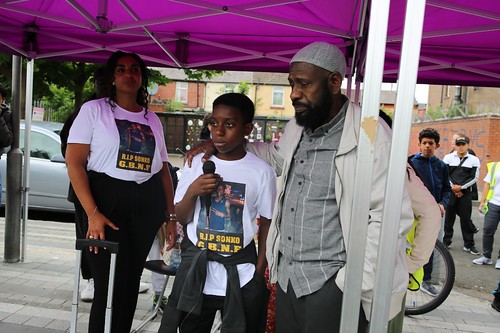 A grieving Family. Time to stop other families from needless heartbreak

The solidarity marched was attended among others by community leaders including Kumar Ramasamy from AMURT organization, Community police laison officer Jamal Alshabazz, Femi Sowande, and Oyewole Ajagbe from Asylum Links.
Francis Ngwa, Project Manager of Liverpool based charity Citizen Outreach Coalition which is presently carrying out a lottery funded Project “Say no 2 Gangs, Guns & Drugs” described the killing of young Yusuf as “regrettable” and reason why parents across Merseyside need to continue educating their children against gun and gang crime on a daily basis. 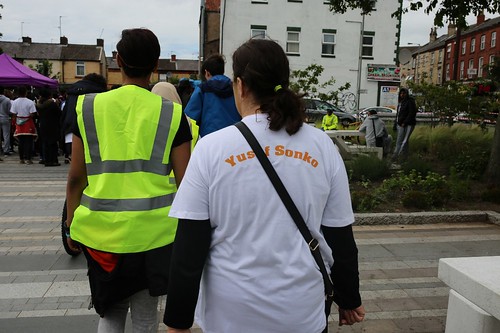 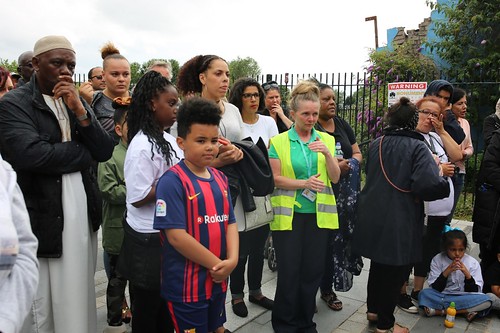 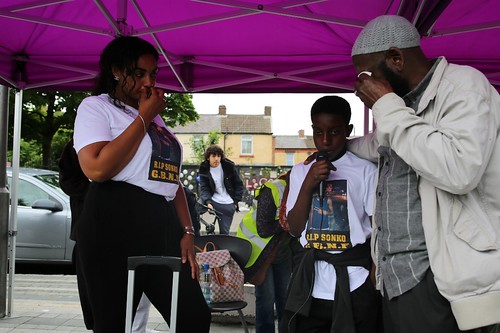 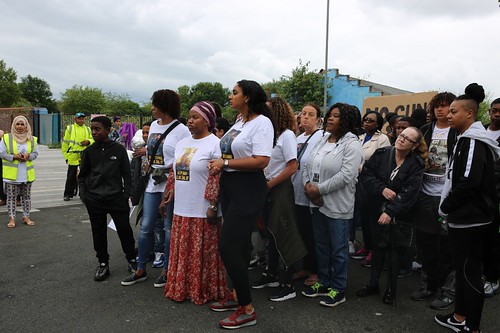 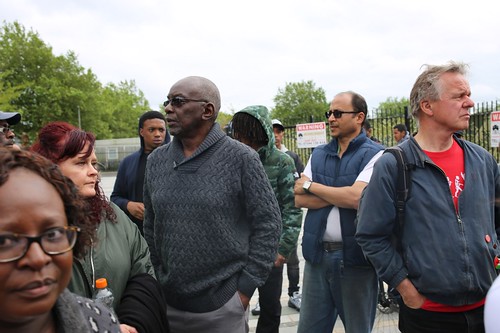 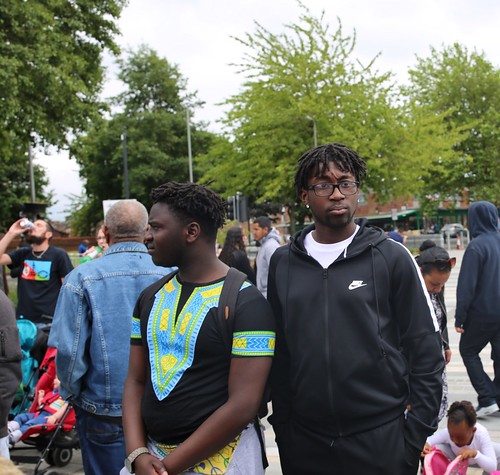 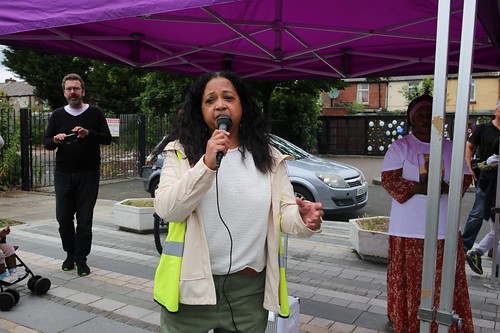 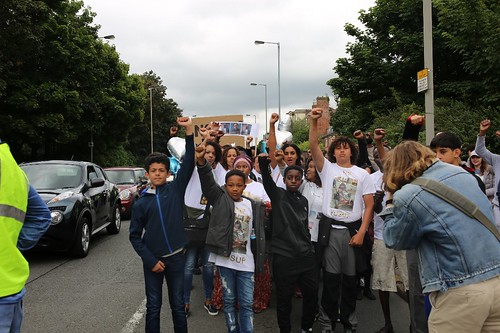 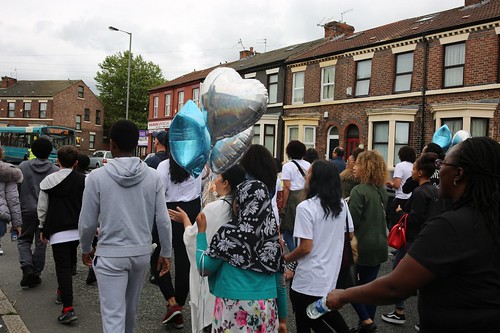 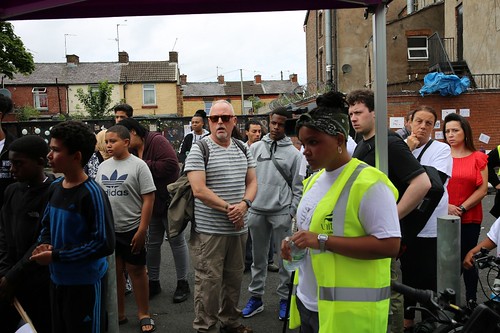 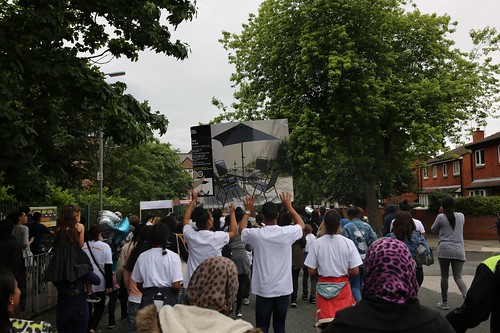 “Why Did they Kill My Boy?” Mother Appeals for Witnesses (2)