Nov 12, 2017
francisngwa
Uncategorized
Comments Off on Who killed Yusuf Sonko?

The parents of murdered Liverpool teenager Yusuh Sonko 18, have again appealed to anyone with information on his killer(s) to contact Merseyside police so they can get some justice for their son. Holding back tears, Yusuf’s mother Mrs khadjijah Sonko repeated her now familiar cry, “my heart is broke”. The grieving mother called on the youngsters she was speaking to in front of the Liverpool Lime Street train station to help reduce the grief of the family by naming those responsible for the premature death of her son. Apparently, a wall of silence has been created among friends of the dead teenager who might know the killer as none of them wants to be labeled a police informant or “grass”. Mrs Sonko was speaking at the end of a second solidarity march from Toxteth to the train station to raise awareness about gun and knife crime and also get some justice for Yusuf.

Speaking earlier, Yusuf’s father Mr Sonko said he had done no harm to anyone and his dead son deserved some justice which could only happen if those responsible for his premature dead were arrested and charged. He maintained he did not want revenge but like any aggrieved father, needed justice for his son.
Yusuf was shot on the night of Friday June 2 2017 in Lodge Lane, Toxteth and died from his injuries 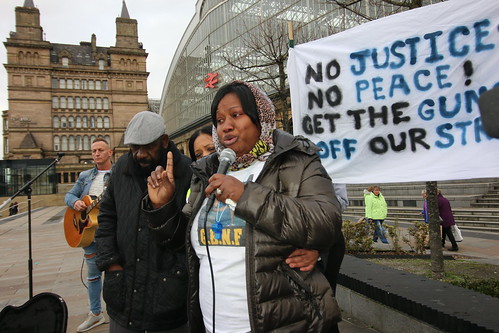 Tracy Gore, Manager of the Steve Biko Housing Association and the main organizer of the anti-gun & knife crime march reminded Liverpool residents there was an ongoing police gun amnesty encouraging people to hand in their weapons. With a “no questions asked” promise from the police, those with guns who handed them in will help reduce gun crime across the city and the UK as a whole, Mrs Gore said. .

Other speakers at the solidarity march included Natasha Jonas who reminded everyone that too many young people were dying because of knife and gun crime. As a mother, she said she felt the anger and frustration of the Sonko family as they not only struggled to come to terms with the brutal murder of their son but were powerless to get some justice for him with no one behind bars for the crime. “We need to stand up for what we believe in” and there must be some kind of “justice for us all”.
Liverpool Labour Councilor Anna Rothery said it was regrettable gun and knife crime was rife across the country but it was time to “end the circle of violence”. 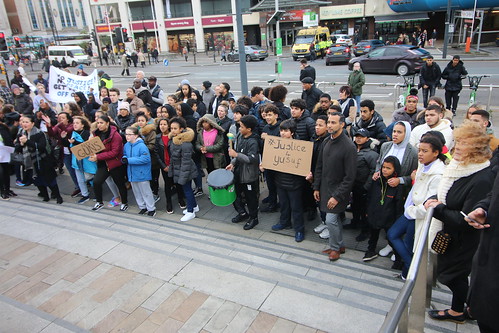 Longtime community activist Steve Smith appealed to the police to provide more resources to prevent knife and gun crime and to investigate them promptly when they did happen. He said people needed justice even if that meant marching to to “ do a sit in at the police office” to force them to investigate knife and gun crime. “It could be your family next time” Mr Smith said insisting there should be no police complacency in resolving crime as soon as they happen. He expressed frustration at the very small number of people who turned up for the march, less than one hundred despite extensive advance publicity of the event on radio and TV. He added this indicated most residents did not give community activism the importance it deserved. “Back in the days, there would have been twenty to thirty thousand turning up for such a march”.
The march ended with a busker playing a cover of John Lennon’s celebrated song Imagine to lighten an otherwise sad event. 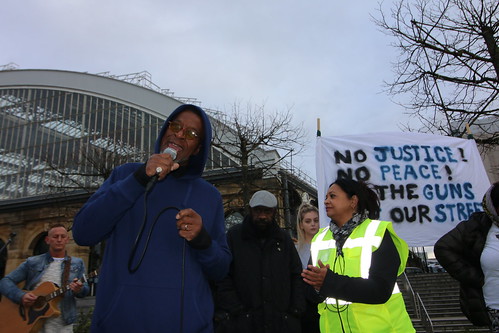 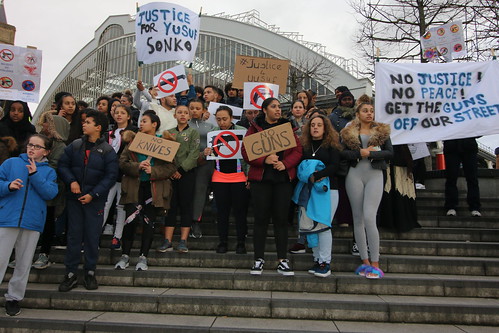 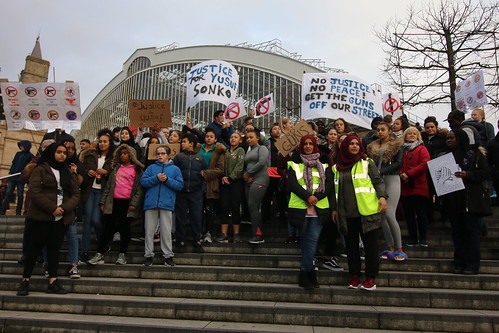 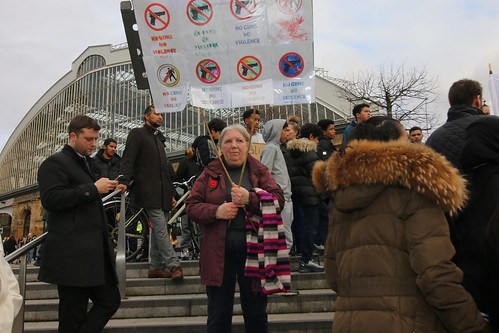 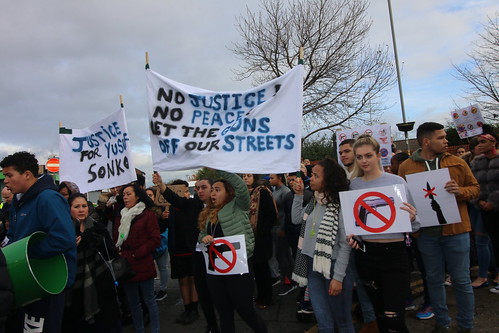 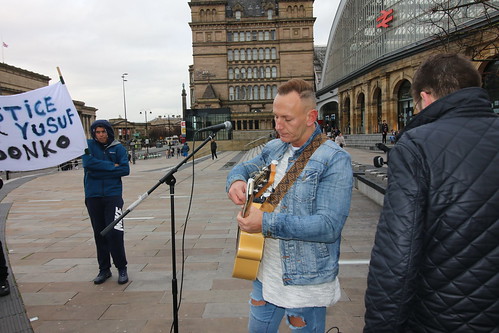 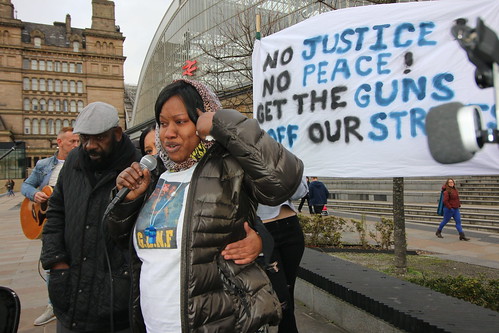