May 19, 2020
francisngwa
Uncategorized
Comments Off on VAT tackles COVID-19 spread through mask distribution

Close to 10.000 face masks have been freely distributed at various points across Cameroons’ capital Yaounde in a move to stop the rapid spread of the deadly Corona Virus in the central African state. As of Tuesday May 19 2019, Cameroon had recorded 3529 infections with 140 deaths, a figure that has alarmed frontline health officials in the country. Cameroon is now officially the fifth worse affected country on the continent after South Africa, Egypt, Algeria and Morocco.

Newly created community organisation Voluntary Action Trust (VAT) a partner of Citizen Outreach Coalition joined the nationwide campaign to fight the virus after authorities in Cameroon lifted the very limited measures it took to fight the virus. Apart from closing its borders on March 18, Cameroon imposed a 6pm bar closure time and forced transporters to reduce the number of passengers they carried in township taxis and inter urban buses. These measures were lifted by Prime Minister Dion Ngute on April 30th 2020 as government revenues fell sharply during the six weeks partial lockdown. This led to the spike of infections across the country as some people erroneously claimed relaxing the measures meant the virus was no longer a threat and began disregarding preventive measures including wearing masks and maintaining social distancing. 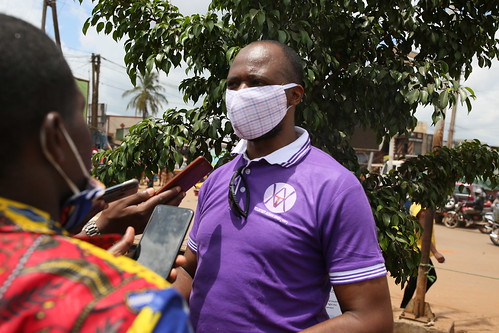 After distributing the face masks at the Yaounde Central Post office, the central market, Ekounou roundabout and other parts of town, VAT President Cho Salah Pius had this warning to skeptics who still think the virus does not exist; “those who have not had a close relative who has died from the virus they might think it does not exist…they need to be careful. Scores of people are still dying daily with some unreported. Wear a mask and adopt helping practices”.Police commissioners, nurses, journalists, politicians and ordinary people are among the 140 recorded deaths.

Some of those who received the free masks were grateful with some saying they were either getting a mask for the first time or the additional mask will help them protect themselves better. “I want to thank Voluntary Action Trust immensely for giving me this free colourful mask”, a 33 year old woman said while brandishing her mask at the Central Post office after getting her mask.

The operation to distribute the masks titled “Masks for All” was entirely funded through contributions from registered members of the new organisation. 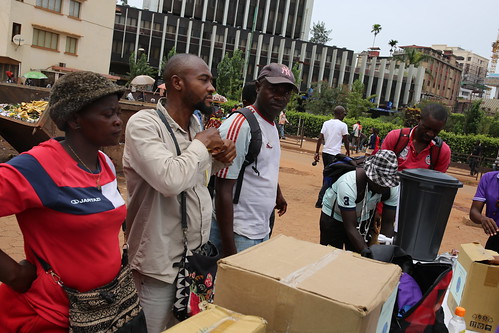 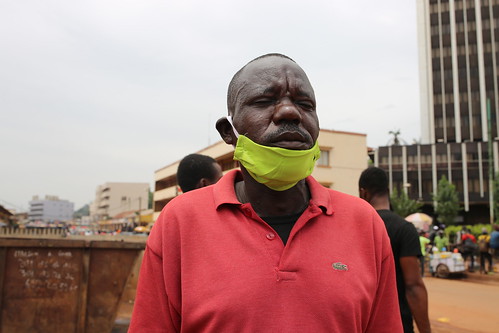 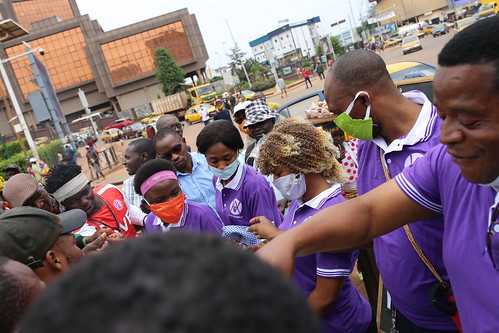 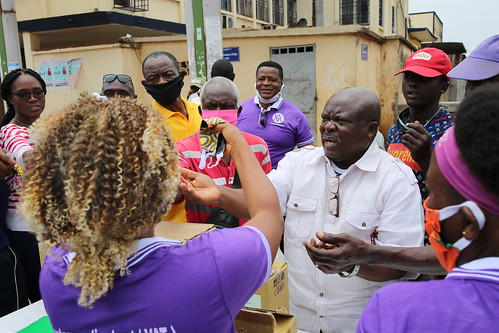