As part of Citizen Outreach Coalition (COC) organization’s implementation of its Heritage lottery funded project “The Definitive story of Africans in Merseyside”, scores of volunteers have received hands-on training on video/audio history recording and the skills required to collect/record oral history. Training of the volunteers took place on Monday June 12 2017 and Tuesday June 13 2017 in the conference room of Crawford House, located off Princess Road in Toxteth, Liverpool.

Through the two days of the workshops, Digital Media Consultant Yomi Omogbeja, the video trainer presented an introductory lecture on the basics of video shooting and editing. This included everything from the type of Cameras that could be used for filming from Mobile phones, point & shoot and handheld cameras, to professional cameras. He also drilled participants on the need to always use a tripod to take steady pictures and videos, to the different kinds of photo and video framing (wide, medium & close up shots) Volunteers  also learnt zooming and panning techniques, sequences & the necessity to use headphones to make sure the right sound and right volume were being used during any kind of recording. All participants were then taught how to handle and use one of the four cameras used for the training. All the participants then took photos and videos, downloaded them to windows editing software Adobe premiere pro and learnt basic editing techniques. At the end of the training, each volunteer received a hand-out pamphlet to continue learning to improve their shooting and editing skills after the workshops. 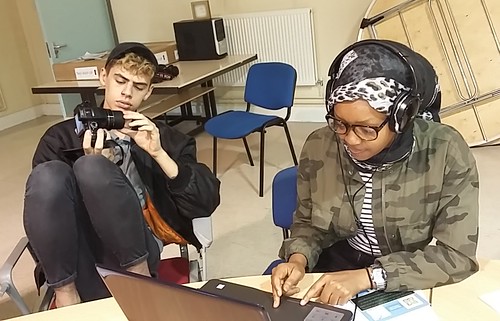 For two days also, oral history researcher Chijioke Ojukwu gave a rousing lecture on the importance of collecting and recording the oral histories of families, ethnic groups and other socio-cultural entities as a good method to pass down history. Mr Ojukwu who has among other things, done research on the cultural significance of breaking of kolanuts in Igbo Culture emphasised that oral history is basically seen through the prism of the person telling the story and it is important the person recording the history does his research well in advance before embarking on the project. 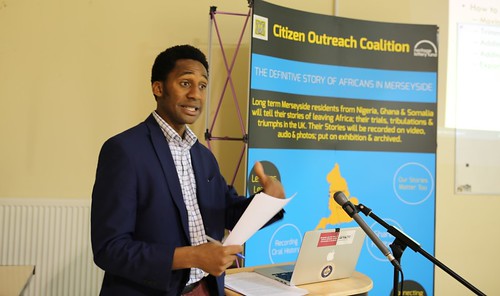 At the end of the two days training, Mr Ojukwu described the lecture as “… very exciting and engaging. I enjoyed the interaction between the volunteers and myself especially the way they responded to the lecture. I also think the lessons empowered them with the skills and knowledge to record their own family oral history”.

COC Project Manager Francis Ngwa told volunteers the training was the beginning of “…an exciting journey to record, exhibit and archive the role Somalis, Ghanaians and Nigerians have played in the socio-economic and political life of Merseyside”. He promised the story of more African countries will be recorded if and when there was adequate funding

The year-long project will record on video/audio the stories of 30 participants from three African countries, Somalia, Ghana and Nigeria who moved from African at least twenty years ago and have made Merseyside their permanent home. It will record their reason for leaving Africa, the journey to Merseyside and their trials, tribulations and triumphs in their adopted country. The end project will be put on exhibition at the Central library and later archived so hat future generations learn from their experiences 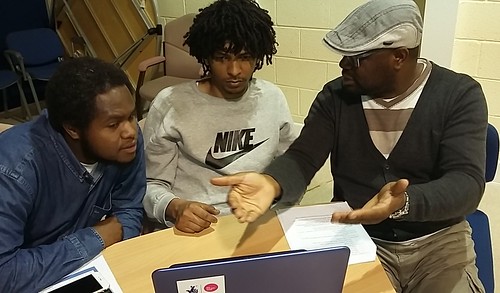 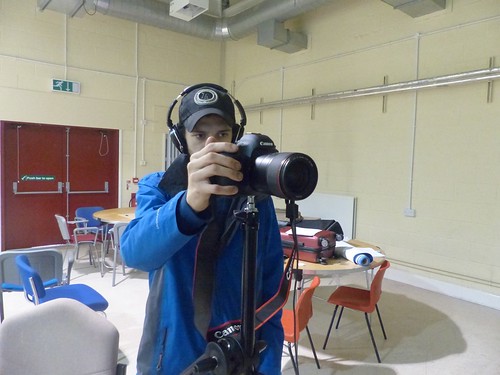 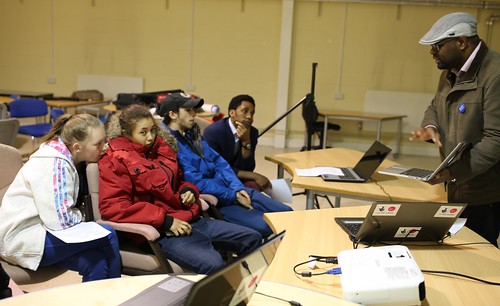