Jul 13, 2017
francisngwa
Uncategorized
Comments Off on Telling Africans Stories. The Activist & the Adviser

The Story of Mr Oyewole Ajagbe.

Nigerian born Immigration adviser Mr Oyewole Ajagbe has lived for the better part of 43 years in the UK. He arrived as a Nigerian government sponsored scholarship student in 1974 to study Marine Engineering with hopes of going back after his studies.
Well, he is still in the UK with houses in Nigeria he might never live in. So why do loads of African intellectuals travel abroad and Never go back?
For the next one year, Citizen Outreach Coalition will be chronicling and recording their intriguing, enlightening and eye opening stories in our Heritage Lottery Funded project: The Definitive Story of Africans in Merseyside. The stories from 30 Africans from Nigeria, Somalia & Ghana will be put on exhibition and archived so that journalists, researchers and future generations can learn about their trials, tribulations and contribution to building Merseyside in the North of England. 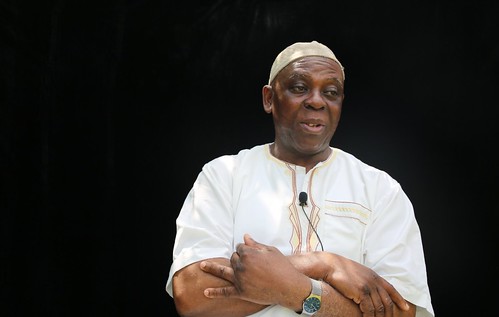 On what he misses most about Nigeria

I miss my family, even though I have lost both my parents. I miss the rest of the family, I miss my friends. As I said earlier, I love my friends with whom we went to primary and secondary school together. I love the atmosphere of going back to my town, my village and getting woken up in the morning by the sounds of birds and goats, not cars roaming vroooouuum. Meeeeeeee, Coouccoucoucou. That is natural
I miss my childhood of walking at the age of six on footpaths, between trees, not looking from my right to my left for th sounds of cars or I am in an area where someone will ask what is he doing here? In Africa, you are not looking over your shoulder because you know you are among your people.

He has a rich baritone voice and for the last 43 years, has made the UK and Liverpool his home. Mr Femi Sowande 63, was born in Nigeria and left for England for his A levels, degree and an MBA. By the time he finished his schooling, the Liverpool race riots of 1981 happened. He became one of those who were very involved in the resolution of the problem. Following advice from close family members in Nigeria about the deterioration in the economy back home and some close relatives in the UK, he decided to make the UK his permanent residence. He travels back to Nigeria frequently.
In the second of our series of Africans who have made Merseyside home in our Heritage project, we delve into his family life, race riots, bringing up his children in a foreign country and a load of other issues. Below are excerpts from that long ranging interview. 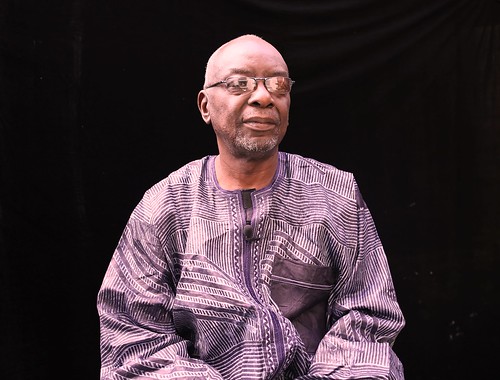 “Everybody needs a house and the Steve Biko Housing Association was set up primarily because of racism. It was set up because back in the day, black people were just given crappy houses to live in. It was actually disgraceful actually that is why a group of community people decided that they will set up this housing association. Infact the housing cooporation did not want us to use the name Steve Biko. I wasn’t involved at the time by the way. They didn’t want us to use the name Steve Biko because they thought it was too controversial. They stood their guns and it was called the Steve Biko Housing Association. We have a very very close relationship with the Biko family as a result of that. They are wonderful people and I have met them on a number of occasions”.

Why do you think housing was one of the faces of racism?

Because if you shut them up in one area and you under develop that area, you save some money isn’t it, or they think they are saving money. As we talked about earlier, when there are disturbances in a community, people tend to destroy their own community which is a bit sad.They have nothing else to vent their anger on. So if you shove them all in one building and they damage that building, that is black people fighting black people. Housing is important. We have to move away from I am a black person so I can’t live in Anfield. We have to find a way where black people can live wherever they want to live.

“I think it is important to take stock You need to know where you are, you need to know where you are heading, what you want to do. Don’t be afraid to make mistakes. In all my years as a manager, I have always said to people, you make a mistake, you make a mistake, we move on, you learn from it. I am not one of those bosses who used to say ´You made a mistake, chop his head off. If you don’t make a mistake, there is no progress. That is one of the stuff that is important to me. I think what is more important is you know what you want to do and to have some kind of a plan to achieving that. Don’t be disgruntled if you don’t succeed. You just keep trying until you get there”.