The Somali Community on Wednesday March 15 2017 joined in the campaign to prevent guns, drugs and gang crime during a one day workshop at the Somali Community centre situated in Granby Street, Toxteth in Liverpool. It was the first of a series of workshops that Liverpool Charity Citizen Outreach Coalition was organising in its latest Big Lottery Fund Awards for All funded project titled “Just Say No 2 Gangs, Guns & Drugs”.

Somali Community leader Ahmed Farah was the main facilitator in a workshop that brought together Somali Community men to learn about the dangers of consuming illegal substances, belonging to criminal gangs and dealing with guns of any kind. 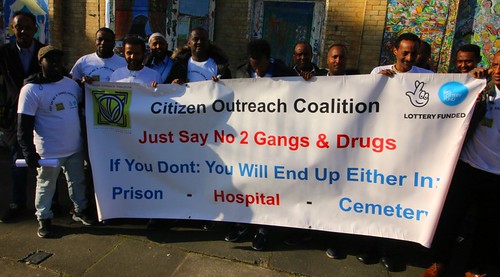 Mr Ahmed was blunt in his message; “Guns and drugs kill people and there is no reason why any of you here or any relative, father, brother son or just friend should deal with any of them”. While pointing out some of the illegal effects of drugs and gangs, he repeated the short but powerful message of the campaign several times; ”Just Say No to any of these things when someone tries to entice you to them”. 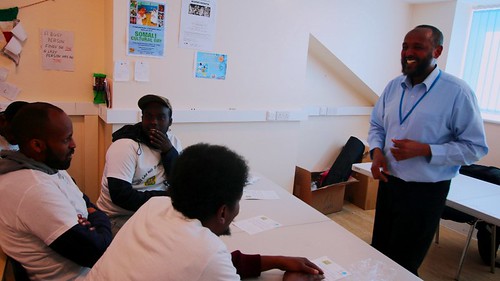 Citizen Outreach Coalition officer Vitalis Tanteh told workshop participants the reason they were all given free white T shirts with the message of the campaign emblazoned on them was that they should wear them so many others who did not attend the workshop could also benefit. He told them they had the duty to keep educating their peers on the dangers of guns, gangs and drugs. “You need to be our eyes and our ears. You need to be our ambassadors after you leave this workshop”, Mr Tanteh told the participants.

The role of  Social Media to spread the word

During a question/answer session, participants were anxious to know what other practical measures they could adopt to inform their community members.  Citizen Outreach Coalition Project Manager Francis Ngwa told participants it was important they wore their T shirts and while holding their leaflets, they should take photographs with their friends which they will then post on social media including facebook, Instagram, snapchat, twitter etc. This he added, was a very free and easy way to get the message across to hundreds and thousands of people they were connected to on social media. The workshop coordinator Ahmed Farah reminded the participants the use of illegal drugs was partly to blame for the rising numbers of broken marriages in Somali and other communities across Liverpool and the UK. 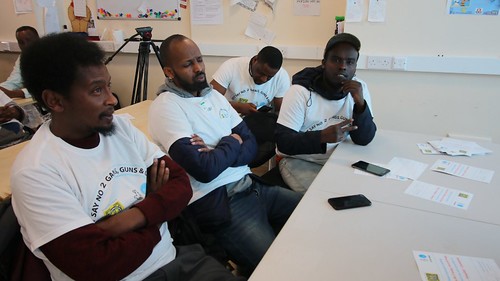 Mr Ahmed answered other questions regarding the law and some of the kinds of punishment anyone caught with guns, illegal substances could face from the long arms of the law.

“Just Say No to Gangs, guns and Drugs so you can avoid prison, an unwanted visit to hospital and in the worst case scenario, early dead”, he emphasized.

His message could not have been more blunt. The workshop ended with participants promising to do their little bit in fighting for a crime free society. They thanked Citizen Outreach Coalition for organizing another relevant workshop for the benefit of Somali community members.

More worships and street campaigns against gangs, guns and drugs are planned in the weeks and months ahead. 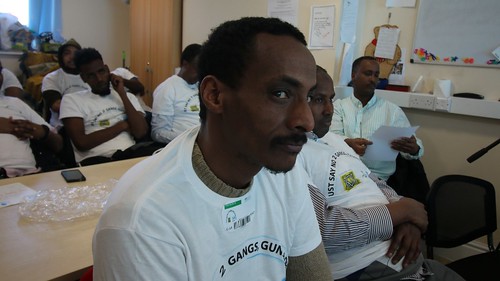