As the cost of living continues to rise and unemployment soars in the sub Saharan country of Zambia, young people have been looking for innovative ways to survive. In his March 2017 state of the nation speech, President Edgar Chagwa Lungu implored the people to unite to fight against the rising levels of poverty and inequality. He called for the restoration of national values as a means to fight against corruption, moral decay and a lack of accountability. We take a look at how one young man decided to take matters into his hands before the president’s call to fight against unemployment

Kennedy Zimba 36 is married and has an eight year old son. Three years ago, he decided to take advantage of social media platforms including  Facebook and Twitter to market products on behalf of clients for a small commission. “That’s how I now feed my family” he told me when I asked how he began using social media to trade.

“I left high school when I was just 18. Unfortunately, my mother who was a single parent didn’t have resources to pay my college fee so I didn’t go to university.” he said with a somewhat gloomy face. “I was only  when my mother died, and life became unbearable for me. My relatives were not supportive in any way. I had to find a way to survive, I just had to.”
Kennedy says he was introduced to internet marketing when he read on a website while searching for work online. He was looking to work for others but ended up working for himself as an entrepreneur.
“I  typed job vacancies in Lusaka on google and among the search results was a website that promoted work from home. I was excited and fully interested in reading further as it outlined several great ideas of how one can earn money while just working from home.” he elaborated excitedly. “However, the ideas on the site which included starting a website, opening an online shop and working as a transcriber were a bit cumbersome for me. I didn’t have any to buy a domain or host my own website,  let alone know any language besides English for me to transcribe foreign material.  That’s how I settled on online-marketing to help others sell their products.”
In the Beginning…
Starting off was not easy. He had nothing to sell, knew few people who wanted to sell anything and didn’t know who will be buying. Confused and dejected, he tried on last option. He posted a note on facebook encouraging anyone who wanted to sell anything to contact him directly. He kept reposting the same message every day for two weeks before he had his first break. A busy office worker wanted me to sell his used phone for him.  “I quickly realized where the market was and immediately started targeting people in offices for business. So basically, I would get pictures of their merchandise, post on marketing groups on Facebook and ask people to contact me if they are interested in the product. That way I kept track of the availability of my clients’ merchandise. I then did the rest of the things on behalf of both clients until someone bought the product. I was more less a middle man.”
Progress in Online Business
Three years later, Kennedy rose in ranks from a rookie that was only selling phones to a semi pro online marketer who’s now selling big merchandise including cars and real estate. “When you’re in the business for a long time, when you earn your customers’ trust, the people you served well recommend you to others who’ll also do the same. That’s how I got popular over other online marketers.”
Mr Zimba is advising Zambian youths to stop searching for mostly non existent white collar jobs and instead start up something of their own.
“You don’t need a license or identification to help someone sell something. All sales are done in the presence of the owner so they also know what’s going on. The risks besides not having business or market for the merchandise are minimal.” he stated.
On how he managed to marry while undergoing difficulties have enough to feed himself, Kenny is adamant he did the right thing:
“When you marry someone that clearly understands your past, is aware of your current problems and is able to see your vision for a better life in future, then you’ve married a wife and not a knife.” he chuckled. “Marrying my wife is one of the greatest things that have ever happened to me.  It’s been six  years now but she still respects and supports me. And having a son is what made me become even more focused in my work. I realized that if I don’t make ends meet, then my entire family suffers”.
However, not all youths think online marketing will work magic as it did to Kennedy “The problem is that there are too many ripoff work-from-home outfits that claim to find you jobs for an upfront fee. They’re just trying to make a quick buck off you.” Joseph Banda, a public relations graduate who still hasn’t found formal employment told me. Mwila Nkhoma was even more dismissive. “It’s useless, it doesn’t work in our region.”  He is hoping to get enough money to start a hair salon soon.
Is the Zambian gov’t really helping matters?
According to Likando Mukumbuta, Director General of Citizen’s Empowerment Economic Commission, a government body created to fund youth projects, they need more youths to contact them with bright business ideas for funding. Some youths I spoke to accused the commission of being biased and only giving seed funding only to people they knew. 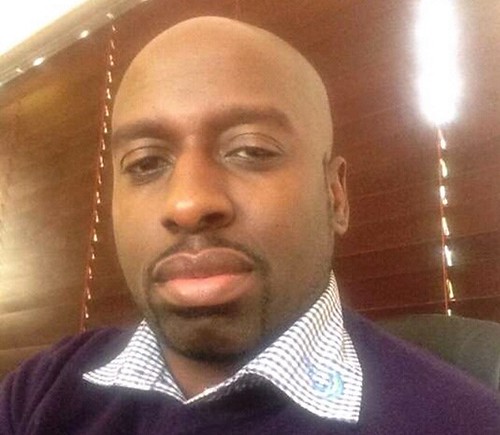 Kennedy Zimba has registered a company that will be supplying office furniture and other goods and stationary. He also intends to eventually start bidding for government contracts. He is now working to build the necessary capital he will need to go big
Figures from the Central Statistical Office indicates  more than ten thousand jobs can be created in five years if  5 percent of unemployed youths start up their own business and later employ others. However, there is no elaborate plan on how this can be achieved practically.
Kennedy Zimba did not wait to get statistics from a government department to know he could do it. He just went out and did it.