Nigerian community leader and retired manager Femi Sowande has called on Africans especially in the diaspora to always strategize long term in other to succeed in any development plan. “One of the lessons I have learnt throughout the years is that a lot of us have short term processes in order to achieve certain things. For some of us who have worked in the community for years and years, some of us have hardly seen any progress and I think part of the problem is that we are too short term in terms of our planning” He advised that henceforth to succeed, African community leaders need to strategize at least twenty years ahead.
Mr Sowande also said it is necessary the old generation with all their experiences and the young work together to avoid the myriad of problems Africans face especially when they travel abroad. He was speaking in the archive section of the Central library on Tuesday March 27th 2017 during the launching of the seminal African oral history project The Definitive Story of Africans in Merseyside. The project was designed by Liverpool based charity Citizen Outreach Coalition and funded with a Heritage Lottery Fund grant.

Mr Sowande said when he was first contacted to take part in the project, he first wondered if he even had a story worth telling. In the end he said he decided to say it as it is, recounting his life story from the time he left his country Nigeria to schooling and eventually working and retiring in Liverpool in the UK, miles away from his homeland.

Speaking earlier, Pastor Matilda Ngozi Ebgumokei said she decided to take part in the project because Africans often don’t even think that have anything worth sharing-including their life stories, which could impact on somebody’s life. “People look down on us but we are our own worst enemies because we look down on ourselves. We think we don’t have what is worth sharing”. She said many people in the African community wanted to have some positive things happening but for some reason, never get them off the thinking stage. She hoped the project and plans to create a think tank to look into strategizing for community development might just be the opportunity to get things off the ground.

In his keynote presentation, the Project Manager Francis Ngwa challenged Africans in Liverpool and in the diaspora to be more united and development focused so they could also be as successful as Chinese, Indians or Asians. “Why is the Nigerian community hall not an African hall? Why don’t we have flourishing African businesses? Why are we always fighting and not supporting each other?”, Mr Ngwa asked.

He called for the creation of an African think tank in Liverpool that could sit down and start having the conversation that is lacking in the African diaspora. He said the divisions in the African countries and communities was killing the communities and stalling any kind of development and it was now time to change the narrative. Recording African stories that people could watch and learn from was a good starting point, he said. Africans needed their own radio, TV and newspapers because the mainstream media mostly only cover African stories that are negative like crimes, drugs related offences Mr Ngwa reiterated.

The project manager said he could not on his own, prescribe the way forward to build and strengthen community relations and build the businesses, media houses and other things that could help improve the lives of Africans in the diaspora. A think tank of some of the participants from the project will be created soon to brainstorm on what has to happen in the immediate future to improve the African community.

The Director of Leicester based organisation Hands-on Trust Christopher Pemanboh aka Ninja said he was delighted to partner with Citizen Outreach Coalition in realising the project. He did not only help in identifying some of the participants but took an active part as a videographer during the launch. “This was an exciting project happening at an exciting time. We hope yo eventually conceive and run similar projects in Leicester. I have learnt a lot by attending the launch of this project” Mr Pemanboh said.

Some of the project videos were projected during the launch. Labour politician Donald Porter and Cultural Diversity Network Director Garrick Prayogg were special guests at the launch ceremony that was attended by most of the participants included Stanley Carl Lokko, Dorcas Akeju, Mrs and Mrs Maduike, Emmanuel Mensah, Wole Ajagbe, Quist Kwatei Quartey, Paul Addo, Uka U. Uka, among others.

The Wall and the Bridge, a spoken word poem written by Nigerian spoken word poet Dike Chukwumerije was projected during the launch to help show that as Africans, we need to be united and fight against any kind of racial prejudice.https://www.flickr.com/photos/131440478@N04/41025869342/in/dateposted-public/ 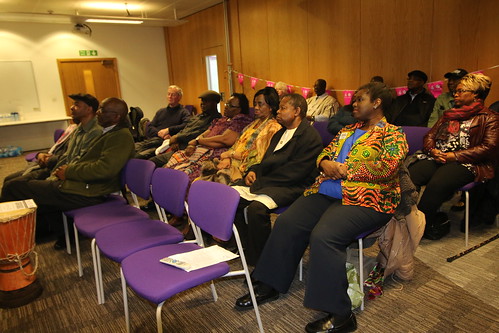 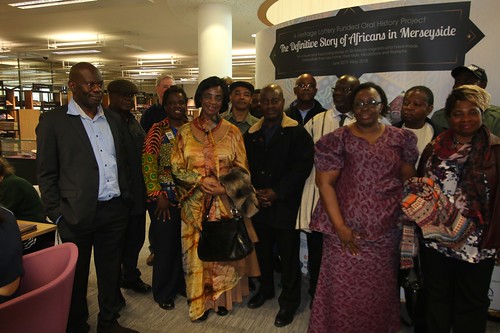 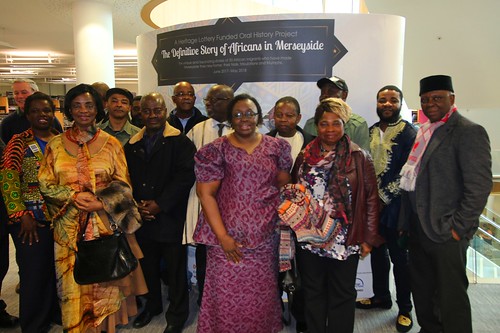 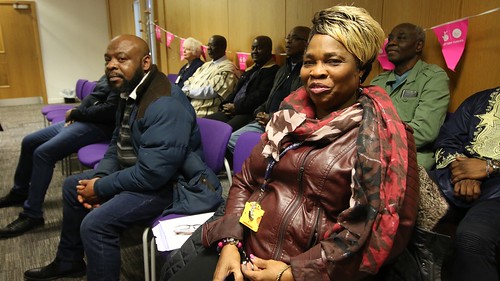 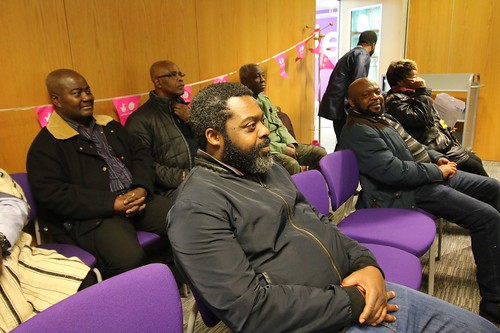 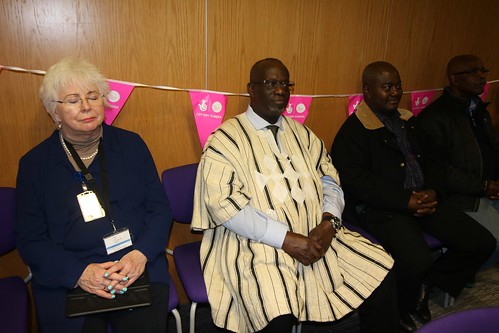 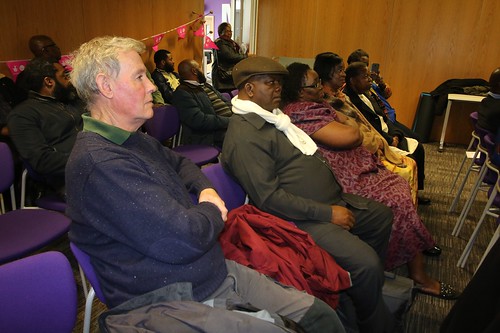 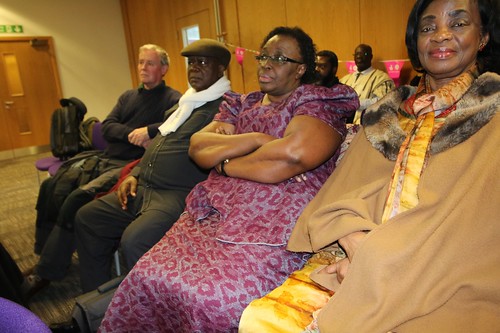 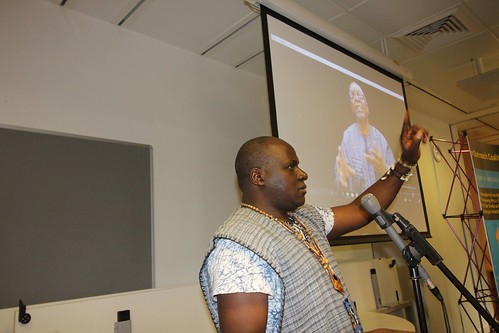 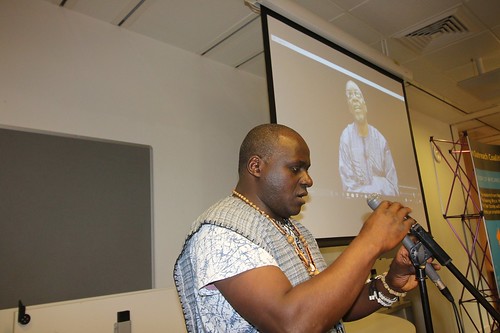 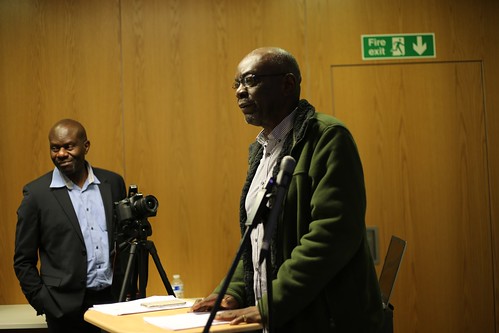 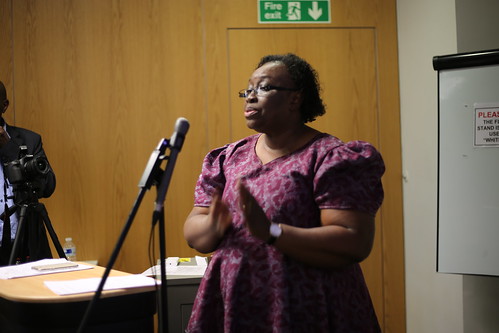 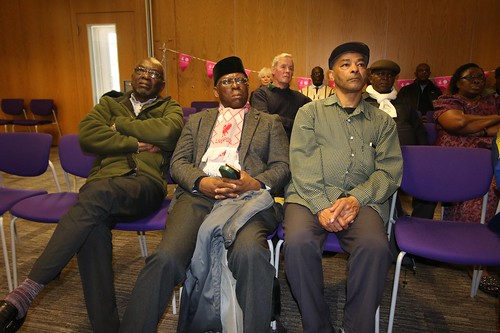