Aug 30, 2019
francisngwa
Uncategorized
Comments Off on Sports Project Kicks off in style

Sports Project Kicks off in style

More than 40 residents of Merseyside from young to middle age answered present during the start of our sporting project “Kick Cardiovascular Diseases out of Merseyside”. The venue was the Jubilee Sports bank in Kensington Liverpool and the day Saturday August 24 2019. Table tennis and football were the main game sports during the project launch.

Before the project started off, COC Project Manager Francis Ngwa explained to participants the Sports England funded project was aimed at keeping Liverpool residents fit and strong. “Exercising for at least 30 minutes a day can prevent a wide range

of diseases from heart attacks to strokes according to NHS England” Mr Ngwa reiterated. He added the long term goal was that participants continue taking part in active sports long after the project ends in July 2020. He also thanked Sports England and lottery players for the funding which he guaranteed will go a long way towards getting a more agile and sporty population across Merseyside. 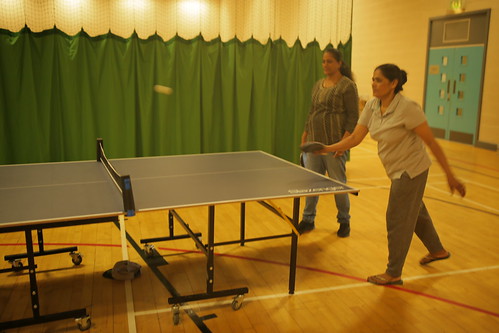 Sports on the Day

Indoor football was the most popular sports as the participants formed two teams to play against each other. They all agreed it was fun and will be encouraging more people to attend the second session scheduled for Saturday August 31 2019 still at the same venue. Table Tennis was the second sports played during the launch with four participants receiving first ever lessons on the basic rules involved in playing the game. Table tennis can be played in singles or doubles and has very simplistic rules anyone can follow. Serving the ball must respect the following rules; the ball must rest freely on the open palm of the hand, the hand holding the ball must be above the level of the table, the ball should be projected upwards, and the ball must be stroke when it is falling behind the table. Other rules include the initial order of serving is decided by lot. Service changes every two points excerpt during periods of extra play, if the ball touches the table surface, it is declared in, if it touches the side of the table, it is declared out. Service can be diagonal and also in a straight line in singles. Table tennis has a lot in common with lawn tennis.

Before the project started, COC officers Langley Francis, Abraham Sankoh and Francis Ngwa had distributed more than one thousand project flyers across Liverpool talking to a wide range of people about the project and its health benefits. The main message on the flyer reads; “The NHS recommends at least 150 minutes of moderate aerobic sport activity every week to stay healthy. Being physically active can help prevent heart diseases, strokes, and help you stay healthy. Join Citizen Outreach Coalition weekly to help our community stay healthy. Football, Table Tennis ans several other sports activities are on offer” 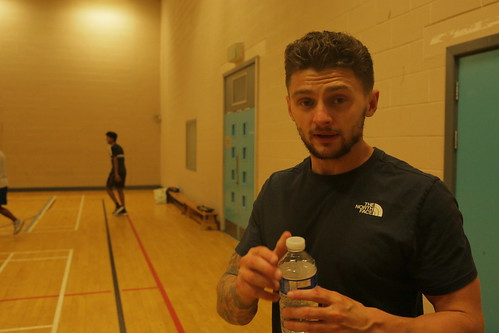 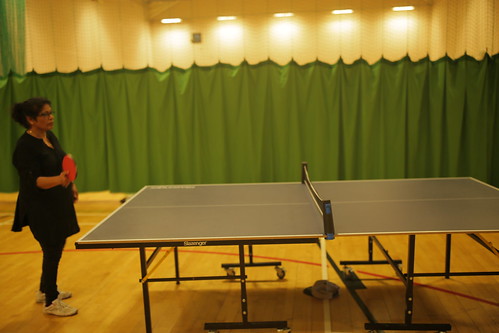