Hundreds of people in Liverpool One, the heartbeat of Liverpool City Centre on Saturday September 2 2017 received free Campaign flyers, T Shirts and crime prevention talks as the campaign to reduce guns, gangs & drugs went public again. Liverpool based charity Citizen Outreach Coalition was again supporting law enforcement agencies including the police to reduce the rising crime rate across the City in its’ seminal Big Lottery funded Project Just Say No 2 Gangs, Guns Drugs.
The Campaign that was accompanied by attractive visuals including pop up signs boards, a banner and some music attracted people to the Liverpool City Centre stand of the organization and they interacted freely with the half dozen volunteers who were animating the sensitization campaign.
“It is just too easy for young people to get access to guns and knives which is why gun and knife crime is rising, not only in Liverpool but across the UK”. one member of the public said as she received two T shirts she said she will be giving to her two teenage sons. “The police are doing a great job but parents are mostly to blame because they don’t monitor their offsprings”, she added. She said parents needed to monitor their teenagers closely including checking what they did online and when possible, checking their smart phones.
Another member of the public said the crime rate in Liverpool was rising because of decaying morals in the society. “Most people no longer go to Church. Most churches have been abandoned or rebuilt as accommodation for people. This is what you get when the society turns against God” he lamented. 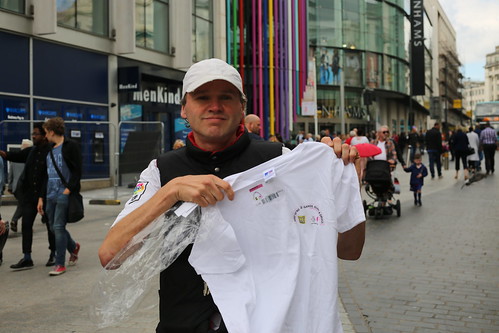 Chimi Ivo, one of the volunteers animating the campaign described the event as eye opening. “The Campaign was quite interesting and educative. This is because it touched on the most important problems that we face in our communities today which is knife crime, gang problems and drug crimes. I think it is the right time to face these challenges. I think this campaign has been timely” he continued. Ebu Kenneth, another campaign volunteer was more pragmatic: “It was a good campaign and I am happy we met our target although it was difficult at the beginning, the population eventually understood what we were doing and listened to us”. 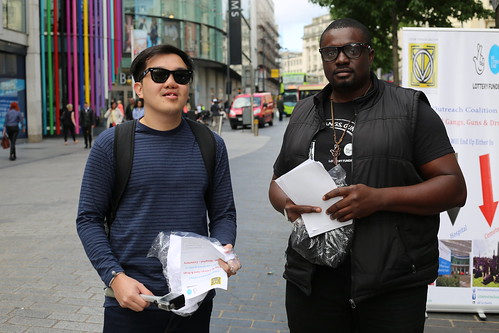 The Just Say No Campaign Slogan. A winner

According to COC Project Manager Francis Ngwa, the campaign slogan Just Say No 2 Gangs, Guns & Drugs” was easy to understand, digest and repeat to anyone. He also maintained it was a message young people, the real targets of the campaign who are usually hard to reach, could also connect with. “The special designed T shirts given out to people were aimed at making the message go beyond the people who received them. When anyone wears them, other people could also pick the message from the T shirts” Mr Ngwa added.
It was the second time the campaign was taking place in Liverpool City Centre. A similar campaign took place in the Toxteth neighborhood in Liverpool. Other events of the project included five self-awareness and confidence building workshops mostly with young people to make them understand that crime never did, and will never pay. Avoiding gangs, guns and drugs was possibly the best action and way of life they could adopt to prevent them getting a criminal record and possibly blighting their future career prospects and life. 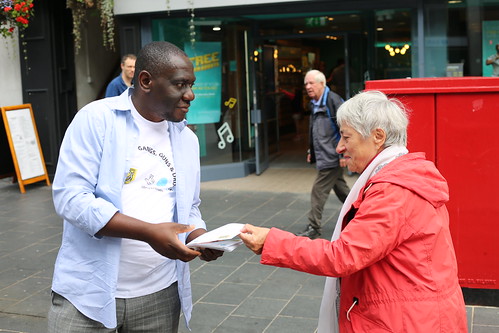 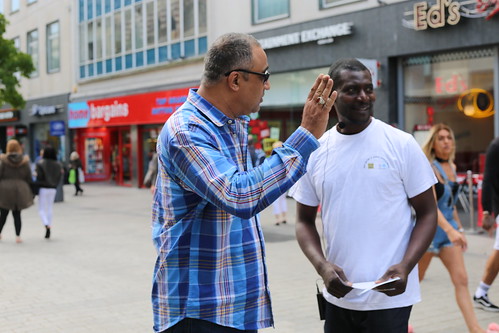 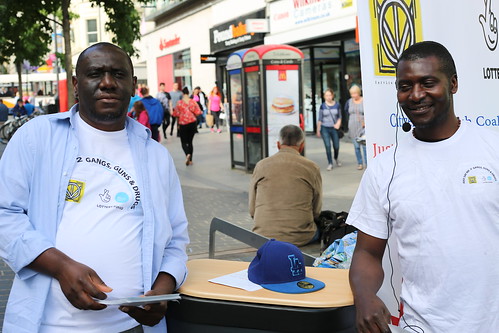 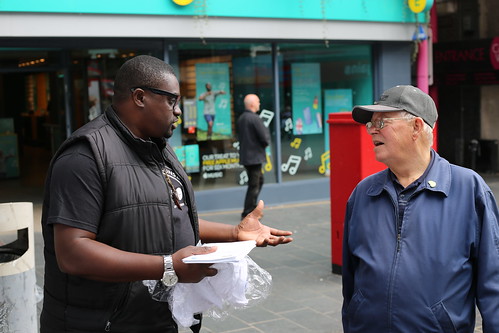 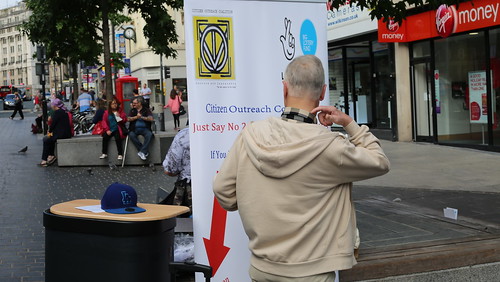 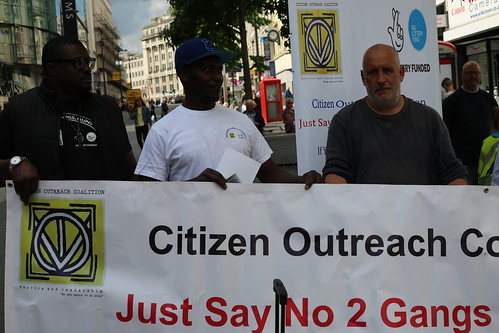