By Kiven Emmanuel on special assignment.

Organised by Citizen Outreach Coalition, (COC) a Pan African charity and funded by Big Lottery Fund “Celebrate” funding stream, the event gave participants a chance to celebrate all that is unique, enriching and diversifying in African communities across the United kingdom.

COC Project Manager Francis Ngwa Welcomed guests some of whom came as far away as London, Leeds and Plymouth for the occasion. He thanked everyone who turned up for the jamboree to celebrate African arts, music, language and fashion. He extended a word of appreciation and thanks to the Big Lottery Fund for providing the funding for the jamboree.

Opening the celebrations, Liverpool Labour MP Stephen Twigg, special guest of honour said Britain was a multi-cultural society and valued the customs and traditions of all its people which was why he answered present to the invitation.

“..the identity of diasporic communities in the UK enriches this country as well as being important to your own sense of strength and identity. I look forward to working with you in the future”, the Liverpool MP said to cheers from the audience. Mathew Thorneton-Field, a Liverpool based actor was another COC special guest who attended the jamboree. 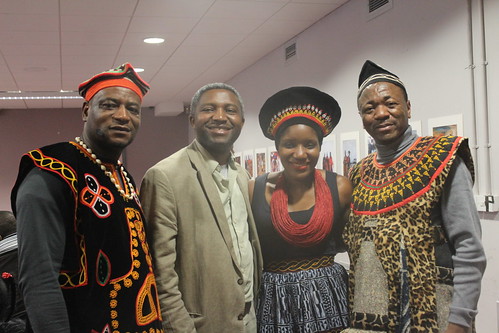 The events began with the projection of a short documentary titled “Stand Up and Speak African” directed by COC Project Manager Francis Ngwa. In the film, Mr Ngwa interviewed a wide range of parents, a linguist and journalists  from Nigeria through Cameroon to Rwanda and Sierra Leone. They all examined the challenges parents faced to  teach African languages to children born abroad to African parents. . Cornelia Vandy, a mother of two and married to a Sierra Leonean says she left had problems teaching her kids who are 12 and 10 years old her mother tongue because she probably  it too late. “ For me, parents should teach their language to their children when they are still very young. For me, this is what I found difficult”. She says now that her kids are in their teens, they  mostly laugh when they hear her speak her local language. 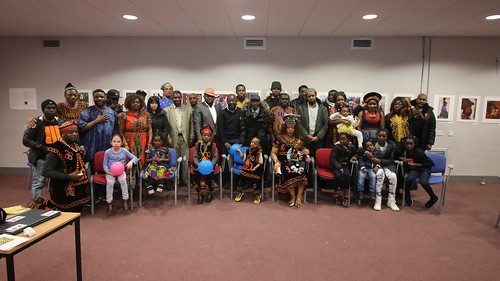 The film also had polyglot and BBC Focus on Africa presenter Akwasi Sarpong speaks six Ghanaian languages including Tri Ga and Akan as one of the speakers in the film.. A trailer of the documentary is online

The projection of the film was followed by a workshop/debate on African languages coordinated by School of Oriental and African Studies lecturer Dr Seraphin Kamdem. There followed a lengthy discussion on the necessity for African parents at home and abroad to teach their children their local languages.

Shiri Achu, a USA based Pan African painter exhibited more than 20 of her paintings during the event. She said she was delighted to be invited to attend. She presented the Logo of COC which she was commissioned to design two months earlier. She thereafter described some of her paintings which she explained, were all inspired by simple everyday life scenes across Africa. This included a girl pounding local delicacy “achu” in a village in north western Cameroon, men dancing and some regally dressed maassai men who live in Southern Kenya and northern Tanzania. She later sold raffle tickets which she is using to raise funds for the completion of a church in her native Cameroon. Chief Angus Chukuemeka, CEO of Crawford House and host of the jamboree won the painting following the raffle draw. She offered a second painting to runner-up raffle winner Vitalis Nji Tanteh.

A fashion parade was later took place with a rich display of African prints from Nigeria, Cameroon, Somali and Sierra Leone.

Live music for the jamboree was provided by the River Niger Orchestra led by Mr Olu Olaseinde who has been in the music industry for more than 20 years. His three piece band had the backing of DJ Dean from Manchester.

The event was organized by Citizen Outreach Coalition in partnership with sister organizations including the Somali Centre, Leeds based Springfield Consultancy International, The Nigerian, Sierra Leonean and Ghanaian communities. 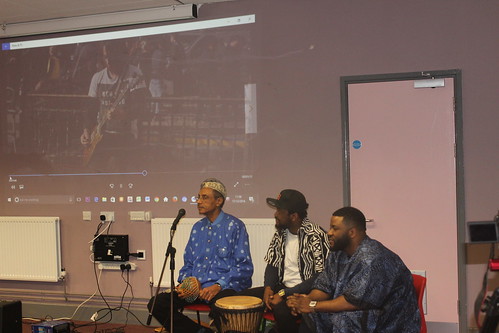